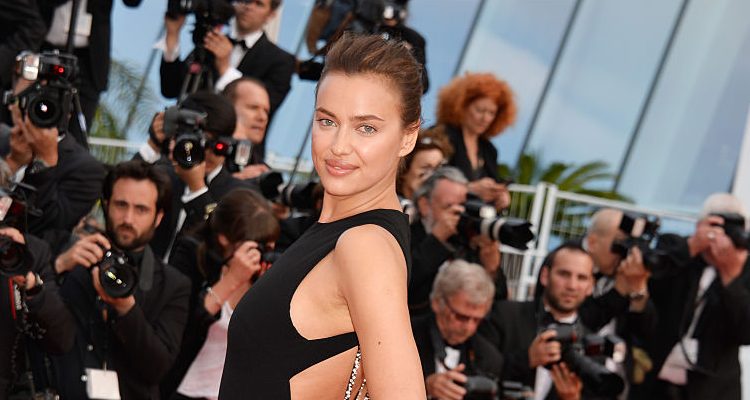 Bradley Cooper is in serious shape these days and has been keeping his hot bod in maximum shape since getting very fit for his role in 2010’s The A-Team. The actor is currently dating Russian model, Irina Shyak, who is pregnant with the couple’s first baby. There will be no dad bod jokes aimed at Cooper with how he looks these days. He was seen out and about Los Angeles this past weekend, looking fab in blue shorts and a T-shirt. Cardio, weight training, and hardcore circuit training are the three pillars to Cooper’s successful workouts. There’s no weight gain in sight for this actor any time soon—just muscle gain.

For his role in American Sniper, in which he portrayed Navy SEAL Chris Kyle, the deadliest sniper in American history to date, Cooper had to gain 40 pounds of pure muscle and worked out for almost four hours a day without fail. His calorie consumption was outrageous, sitting at almost 8,000 a day, but when you work out as hard as Cooper did, you need to input way more than the average person. And most of those calories came from proteins and good fats.

How Bradley Got Sniper Fit

Getting ready for American Sniper required tremendous dedication because workouts were taken to another level for him to get in the shape needed to portray the character.

Initially, Cooper thought he couldn’t play Kyle, saying that perhaps someone like Chris Pratt should tackle the role, but in talking to Kyle more he realized there was something in his energy he could tap into.

His workouts started at the gym at six in the morning and went to eight. Then he’d go see one of his speech coaches for another two hours, and in the late afternoon he’d spend another couple of hours working out. Of that time, he says it was basically a science experiment to see just how big he could get.

He spent a lot of time training with Jason Walsh, who has quite a celebrity following, including Matt Damon, with whom Walsh worked for Damon’s role in Elysium. Of Cooper’s need to gain weight fast for the role, Walsh told Men’s Health that “Bradley was coming off a movie where he had to be smaller. We had to force-feed him. That was the hardest part.”

Cooper completely agrees with that, saying it was a real shock to his body. “If it’s pizza and cake, that’s one thing. Putting 6,000 calories a day in your body gets old quick.”

The actor’s personal chef made the actor five daily meals; that wasn’t enough, so they ended up supplementing his food intake with a product called Plazma, a pre- and post-workout drink, and energy bars. Both products had a mix of carbs and protein, two essential needs when training as hard as The Hangover actor was.

“Without that kind of caloric intake and the ability to recover, he probably wouldn’t have made it,” Walsh says. “His body just absorbed everything I threw at it.”

It only took Walsh 10 weeks to get Cooper into American Sniper shape, so never doubt for a minute that hard work and dedication don’t yield results, because they can and do.