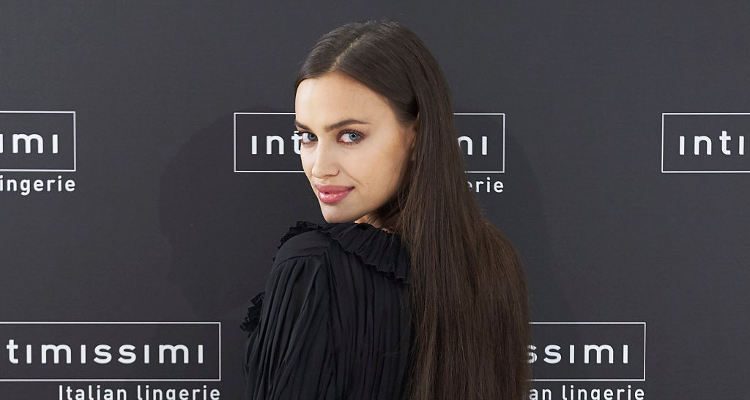 Irina Shayk took to Instagram to show off her hourglass figure while she stood in front of a mirror, all while wearing a lace bralette and matching panties. Girlfriend of Bradley Cooper, Shayke was celebrating her 20-year anniversary of working with Intimissimi, which is an Italian lingerie company.

As a model, Shayk has also worked with Victoria’s Secret, Lacoste, and Cesare, but by far her longest modeling gig has been with Intimissimi.

There’s no denying that Shayk has a killer body. To achieve the body to model lingerie, Shayk performs a variety of exercises and activities including Pilates, boxing, and cycling.

Shayk takes working out very seriously, and if it were your job to model lingerie, you would too. Shayk believes in loving your body, and that in order to look your best you need to train. Shayk has said in interviews, “You have to love your body, respect it and treat it well.

So happy to celebrate the 20th Anniversary of my @intimissimiofficial family in Madrid!? See u tomorrow 6PM at the #Intimissimi boutique of Calle Preciados❤️? #Intimissimi20years

I spend time doing cardio because it makes me feel good. I believe in eating what I like and sweating it out in the gym. I work out every day and avoid exercises that make my body too muscular. I focus on activities like running, boxing, cycling and Pilates.”

Although Shayk has admitted that she was born with good genes that keep her looking great, she does continue to work hard to keep up her figure. Furthermore, Shayk suggests that she isn’t a lazy person and that she has to keep moving. She often has a busy schedule, but when she does have a week off, she’ll hit the gym three to four times a week.

As for her diet, the biggest trick for Shayk is being well hydrated. She has admitted that she drinks plenty of water. As a model, you may think that she barely eats, but Shayk doesn’t believe in diets and is a fan of cheat days.

For this model, it’s all about balance. She still enjoys cake and ice cream, but will simply put more time in the gym to compensate. Generally, Shayk tries to eat healthy and balanced meals. This includes eating fish, chicken, and salad. Although many people will only give themselves one cheat day, Shayk actually has two a week. When she’s going to get unhealthy foods, she makes sure to have them for breakfast or lunch, and never for dinner.

Shayk has also spoken openly about avoiding coffee. She admitted that she rarely drinks it and that others should avoid it too. Instead, you need to drink plenty water which is the key to feeling energized, full, and healthy.

Looking at Irina Shayk’s diet and workout routine, you couldn’t guess that she was a high-end model with a killer figure. Shayk clearly loves food and she doesn’t deprive herself of what she wants. The takeaway here is moderation and balance, and if you have those two things, you can very well achieve your ideal figure without sacrificing too much.