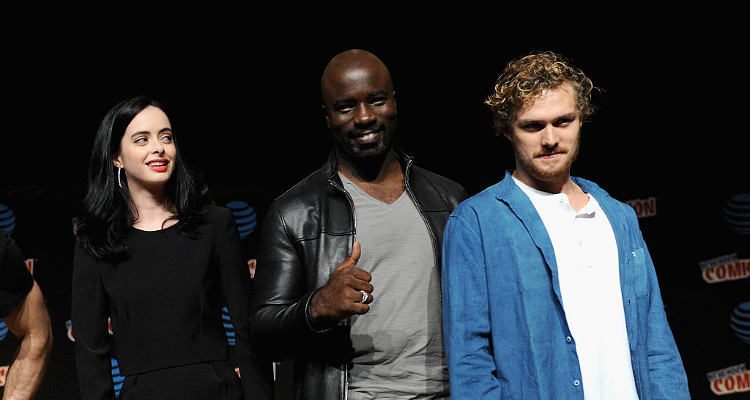 English actor Finn Jones is best known for playing Loras Tyrell in the HBO series Game of Thrones. The 28-year-old will next appear as the title character of the upcoming Netflix series, Marvel’s Iron Fist, which will be released on March 17, 2017.

Iron Fist, aka Daniel “Danny” Rand, is a billionaire Buddhist warrior-monk with an intense training origin story and a background in kung-fu. Iron Fist is a martial arts master who is able to summon and focus his chi from the power of the Iron Fist. Here is a look at Finn Jones as Iron Fist.

Cool huh? See you at New York Comic Con this Saturday. Make sure you pick up one of these special edition covers and come and say hi. ?✨??

Rand returns to New York City to reclaim his family company after being missing for 15 years in the mystical city of K’un-L’un. Daniel Rand is orphaned at the age of nine years old when his parents are killed. Rand would later learn martial arts as an apprentice of Lei Kung while living in a monastery.

At 19 years old, Rand attained the powers of the Iron Fist after defeating the dragon Shou-Lao the Undying. Rand is forced to choose between his family’s legacy and his duties as the Iron Fist.

Finn Jones was very committed to portraying Iron Fist in the Netflix series, and the actor underwent a rather intense body transformation. Jones studied various forms of martial arts such as wushu and kung-fu, and also some tai chi, meditation, and Buddhist philosophy. He also had an intense gym and fitness workout that included a weight-training program.

Jones has always dreamed of playing a role that combined a badass superhero with spiritual discipline, and now that it’s happened he is excited, and is taking his role very seriously. To prepare for the role, Jones started his day with two and a half hours of martial arts training, which included a combination of kung-fu and wushu, as well as tai chi. In the afternoon, Jones would weight lift to help get him physically fit for the role. Finally, at night he would learn Buddhist philosophy and take meditation classes. Check out Finn Jones in action.

Here is a brief synopsis of Jones’ intense training routine:

Wushu: Wushu is a form of Chinese martial arts that combines explosive power, quickness, and a relaxed and natural movement. A wushu practitioner combines speed with flawless technique, effortless execution with fierce intent, and flexibility with strength.

Tai Chi: Tai chi is another traditional Chinese practice that involves a series of slow and focused movements with deep breathing. Tai chi is a self-paced system of gentle and low-impact stretching and physical exercise. Tai chi is related in the philosophical context of Taoism. There are several methods and principles of tai chi.

Meditation: Buddhist meditation is a technique that encourages the development of clarity, calmness, emotional positivity, and concentration. Meditation will also deepen peace and energize the mind. The transformational experience can also lead to a new understanding of life.