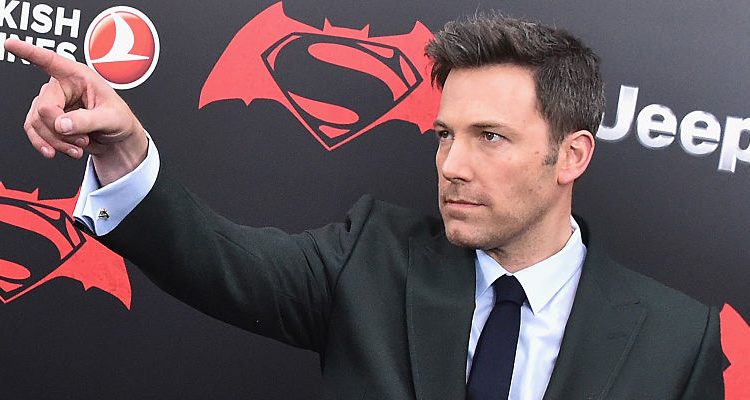 Batman actor Ben Affleck recently appeared on Jimmy Kimmel Live to promote his new film Live By Night. That being said, the 44-year-old Affleck still answered questions about the upcoming Justice League movie and rumors about his solo Batman film.

Jimmy Kimmel gave his take on the recent Justice League photo from Twitter, which debuted on USA Today. The photo shows off the Justice League superhero team of Gal Gadot as Wonder Woman, Ray Fisher as Cyborg, Ezra Miller as Flash, Jason Momoa as Aquaman, and Affleck’s Batman.

Kimmel commented that Affleck was by far the most muscular Justice League character. He responded saying that he made Batman look good. After all, Affleck was required to increase his upper body strength to fit into the massive 75-pound bat suit, or Batman armor, that makes the actor look so big. Weight gain was essential for him to look the part of Batman, and he needed to look similar to a MMA (mixed martial arts) and heavyweight fighter.

As a result, Affleck had a very strict diet and regular workout routine. Let’s take a brief look at how the actor bulked up to look like Batman.

Ben Affleck had a specific upper body workout and weight-training program that helped the actor get ripped to play Batman. Director Zack Snyder wanted Affleck to get big, but not too big. So, the actor sought the help of personal trainers Walter Norton Jr. and Matt Damon’s cousin Jamie Damon, to help him look the part of Batman.

As for Affleck’s diet for Batman, the actor reached out to Beverly Hills-based nutritionist Rehan Jalali to design a specific diet to get him into superhero shape. Jalali is known for helping people obtain six-pack abs with a healthy diet, and he is the author of the book The Six-Pack Diet Plan. Jalali says that Affleck’s Batman diet is similar to the one they used to prepare the actor for The Town (2010). Affleck would consume six to seven high-quality meals each day.

The nutrition plan for Affleck contained 45% carbs, 35% lean protein, and 20% essential fats. The diet helped him obtain the muscular, lean, and commanding presence of Batman. For example, Affleck’s breakfast would include steel-cut oatmeal and egg whites. Lunch would be two portions of protein and a salad with vegetables. Dinner would be fish or chicken with broccoli, Brussels sprouts, or cauliflower. Overall, he would consume 1,250 calories from carbs, 1,000 calories from protein, and 540 calories from fat every day. He also eliminated dairy and supplemented with muscle-building CLA (conjugated linoleic acid).

Justice League is scheduled for a theaters release date on Nov. 17, 2017. The movie also stars Henry Cavill as Superman, J.K. Simmons as Commissioner Gordon, Jemery Irons as Alfred Pennyworth, Amber Heard as Mera, Amy Adams as Lois Lane, Ciaran Hinds as Steppenwolf, Willem Dafoe as Nuidis Vulko, and Jesse Eisenberg as Lex Luthur. Although no release date has currently been given for The Batman film, some estimates suggest that the film may released on untitled DC film slots of either Oct. 5, 2018 or Nov. 1, 2019.