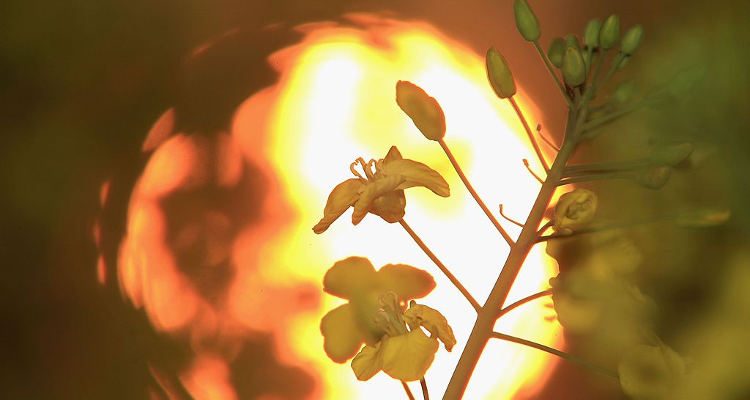 The answer to these questions might surprise you. To end that, we have the answer to those questions as well as nutritional data and facts to back it up. We’ve got all the answers so that you can provide you and your family with the proper decisions for everyone’s health.

Are vegetable oil and canola oil the same? It’s a pretty fair question. Both are used in similar types of cooking and baking. They feel the same; they look similar. If you put both oils unlabelled in front of someone, they would have a hard time knowing the difference between the two.

The difference between canola oil and vegetable oil comes from what the two oils are made out of. Canola oil is made from the cultivation of the rapeseed. The rapeseed is cultivated to be low in erucic acid (canola oil must contain 2% or lower erucic acid). Now comes the confusing part.

The difference is in the plants themselves. Rapeseed was genetically raised to be good for oil production. Vegetable oil is made from extracting the oil from vegetables and can be made with different combinations. You can mix palm oil and soybean oil and still get vegetable oil.

You can not mix canola oil with another oil and get the same canola oil. That being said, both oils do have similar constancy and taste and are used in similar situations for cooking. Even though they are created differently, what’s the difference between canola oil and vegetable oil?

If they look the same and both have a neutral flavor, couldn’t you just mix both? Not exactly. There are a number of nutritional and health differences that do make one of the oils a bit better for you than the other.

Is canola oil bad for you? No, canola oil is not bad for you or at least not if taken in moderation. Consuming a large amount of cooking oils of any type isn’t particularly good for you to begin with. Chugging an entire bottle, for instance, is not advised. But if you are talking about the amount you would use in a baking project or cooking dinner, it’s perfectly fine.

Many people question if genetically modified plants like the rapeseed used for canola oil has any major side effects, but a few studies suggest quite the opposite. There are some non-conclusive studies that show that 19 grams of canola oil a day may help reduce your risks of coronary heart disease.

Keep in mind: That doesn’t make your foods healthy; it just might make them a little healthier. Dipping a chocolate bar in one-half tablespoon of canola oil will not make the chocolate bar any more healthy for you.

But if you use canola oil for deep frying your southern chicken, it may make the chicken a little better for you than other oils would. Which brings us to a similar discussion about vegetable oil.

So if canola oil is healthy for you, that must mean vegetable oil isn’t healthy, right? That would be not entirely correct. Now, much like the canola oil, moderation is definitely a key with vegetable oil. Using it in cooking isn’t horrible for you. Drinking a whole bottle of vegetable oil like a cheap bottle of whiskey wouldn’t be the greatest thing for your health. That being said, vegetable oil does have some health benefits.

On a whole, vegetable oil won’t do any major harm as long as it’s used in moderation. That, however, does not mean that vegetable oil is better for you than canola oil. In fact, in the battle between the two oils for which one is healthier for you, there is a winner.

Which One is Most Healthy? Canola Oil or Vegetable Oil?

There You Have It

While neither of the two are incredibly harmful to you, the health benefits of canola oil help it just squeak by vegetable oil in the battle of which one you should be using. If you’re trying to avoid saturated fats, canola oil is the way to go.