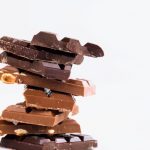 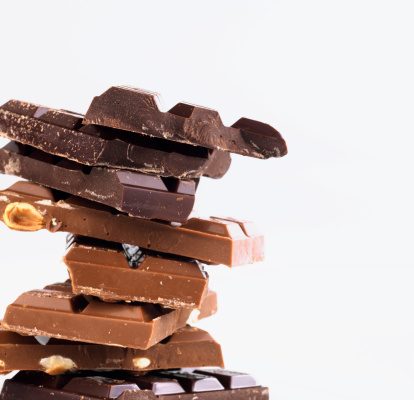 There’s been a lot of attention recently regarding the health benefits of chocolate, in particular, the cocoa found within chocolate. Cocoa contains various chemicals known as flavonoids which have been shown to exhibit many biochemical activities within the body. Flavonoids are known to have anti-inflammatory properties, free radical absorption capabilities and it can help increasing “good” high-density lipoprotein (HDL) cholesterol, and blood glucose regulation. The best information available regarding the benefits of cocoa seems to be related to the effects the various cocoa flavonoids has on inflammation, blood pressure regulation, blood sugar control, and cholesterol synthesis. Thus, the consumption of cocoa may have a very beneficial effect in patients who have a propensity to develop insulin resistance, metabolic syndrome, or diabetes.

Recent research published in the journal Neurology found that cocoa may also be good for our brain’s ability to process information. Researchers evaluated 60 people with an average age of 73 years old, 90% of whom were hypertensive, 70% of whom were obese or overweight, and 50% had diabetes. They were randomly split into two groups, one receiving two cups per day of high-flavonoid cocoa drink and the other a drink containing much lower levels of cocoa flavonoids. After 30 days, the researchers then measured cerebral blood flow rates and cognitive tests in both groups.

The group who drank the high concentration of cocoa flavonoids had a greater degree of cerebral blood flow, improved neural activity (or neurovascular coupling), and a better response to cognitive testing, compared to the group who ingested the low-flavonoid cocoa drink. Those with the lowest rates of blood flow at the beginning of the study were the participants who enjoyed the best results in improved cerebral blood flow.

This study indicates that the consumption of flavonoid-rich cocoa can increase the blood flow and neural activity in older people who have various vascular risk factors. Cocoa flavonoids can exert their direct effects upon the cerebral arteries in your brain by improving endothelial function which results in the relaxation of the artery wall. This improves blood flow but decreases inflammation, free radical activity, and damage to artery linings.

If you’re wondering if chocolate is good for you, there are benefits to eating chocolate—but since many of the benefits lie in the cocoa, then choose dark chocolate with a higher percentage of cocoa.