Home > Celebrity Diets > Is Ciara Having Twins? How Ciara Deals with Pregnancy Cravings and Morning Sickness 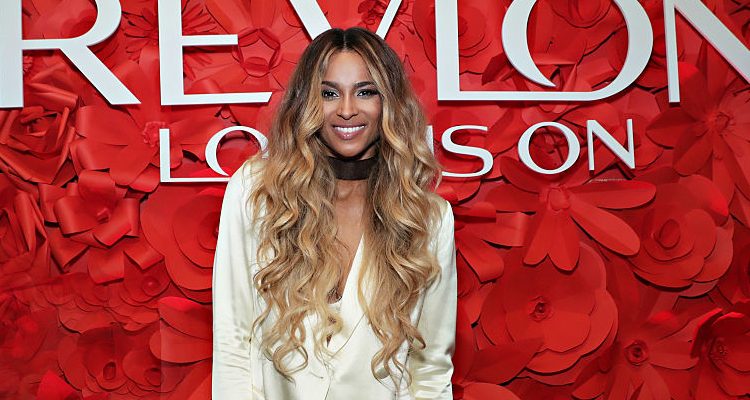 After Ciara posted a photo online of two pairs of baby sneakers, fans were speculating that she may be having twins. Now singer Ciara has released another image on Instagram showcasing how pregnant she really is. The New Year’s selfie reveals Ciara pregnant while wearing a Seahawks jersey at a football game. She is beaming while wearing large purple sunglasses and it seems that the Ciara-Russell baby is well on its way and growing nicely.

Back in November,singer Ciara showed off her baby bump at an award show. She admitted on the red carpet that she suffered from bouts of morning sickness and pregnancy cravings. She confessed to E! News, “Finally getting to a place where I feel almost normal. It was a bit of a, ‘I don’t want to throw up, but I don’t feel regular.’ I’m in between. That’s almost worse. You’d rather just throw up and get it done!”

When it comes to her pregnancy cravings and meals, don’t expect the singer to throw her healthy eating out the window. Ciara said that she enjoys lemon water along with acai bowls. The main difference in Ciara’s diet now that she is pregnant is that she eats more healthy food options.

After her first pregnancy, Ciara managed to get her pre-baby body back in no time. The singer and dancer reportedly dropped 60 pounds in only four months! She explained how she lost her baby weight to Shape magazine, saying, “When I was pregnant with Future, one thing I learned quickly was, don’t ever let a pregnant lady be hungry, because when I was, I was like the Tasmanian devil! I indulged in all the good food the world has to offer. After he was born—when I couldn’t exercise yet—I kept eating, and I gained 60 pounds. But as soon as the doctor said I could start training again, I was on the treadmill the very next day. Once I got back into it, I worked out two or three times daily. I would go to Gunnar [Peterson] first for my one-hour training session, then I’d have two more cardio sessions later in the day. That, along with a really clean eating plan, was how I lost 60 pounds in four months. It was a very intense program, and I was extremely focused on it.”

Singer Ciara has a strong love for boxing, and so her trainer Gunnar Peterson also put her through hour-long plyometric circuits that included boxing. She admitted that after completing a few rounds of the circuit, she felt as if she could conquer the world.

As for the Ciara diet, she’s a strong believer in drinking plenty of water to flush toxins out the body—she has admitted to drinking gallons of water a day! Furthermore, even if she is on a strict diet, she always gives herself a break, whether that be with French fries, a burger, or even ice cream. It’s all about allowing yourself a treat to keep you going.

Considering Ciara has already lost baby weight in the past, we strongly feel that she will have no issues bouncing back quickly after her second pregnancy.