Home > Food News > Is Consuming Too Much Alcohol Deadly? 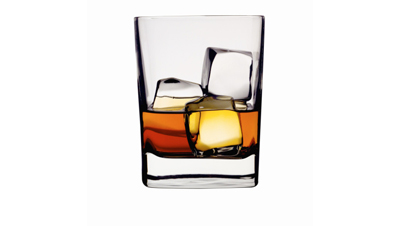 Every day, people all over the world enjoy alcohol—and, consumed in moderation, it can be an enjoyable and healthy endeavor.

There is no doubt, for example, that red wine contains nutrients that are very beneficial for our health.

A new report from the Pan American Health Organization in Washington, D.C. suggests that approximately 80,000 preventable deaths are attributable to alcohol consumption throughout North, Central and South America each year.

According to the author of this report, Dr. Vilma Gawryszewski, “between 2007 and 2009, alcohol was a ‘necessary’ cause of death—meaning the death wouldn’t have occurred in the absence of drinking alcohol. Diseases, conditions or injuries where alcohol is a necessary cause are an important cause of premature mortality in the Americas, especially among men.”

Although most of the premature deaths in this report were attributable to liver disease or psychiatric disorders, this statistic is very misleading. Excessive alcohol consumption can indirectly cause deaths, yes, but by increasing the rates of accidents, violence, and various types of cancers, and heart disease, which the report did not account for.

In Canada and the U.S., the mortality rates associated with excessive alcohol consumption is 5.7 and 6.7 per 100,000 deaths respectively. The age group most at risk was also shown to be between the ages of 50-69. This would obviously make sense as death from chronic alcohol consumption would be manifested in these age groups. Men seemed to be more affected, with 86% of the deaths occurring in males.

Here in North America, drinking is common among people in their teens and early 20s. Binge drinking can cause acute alcohol toxicity which can be fatal and is also associated with a much greater risk of breast cancer development in women. Recurrent binge drinking can also lead to a greater chance of accidental death and an increased risk of alcohol addiction.

The trends in teenage drinking and university student drinking behaviors are somewhat alarming as these habits can continue to persist after graduation. The problem is that we are seeing greater numbers of younger people becoming increasingly involved with excessive alcohol consumption leading to addiction. Stricter controls on university campuses, enforcement of age restrictions, higher taxes, and a greater effort to educate the younger demographic regarding the dangers of excessive alcohol consumption are required before these statistics are to be lowered in the next several decades.

Moderation in the consumption of alcoholic beverages, avoiding drinking while driving, and setting good examples regarding personal responsibility are necessary to reduce the dangers that alcohol brings.