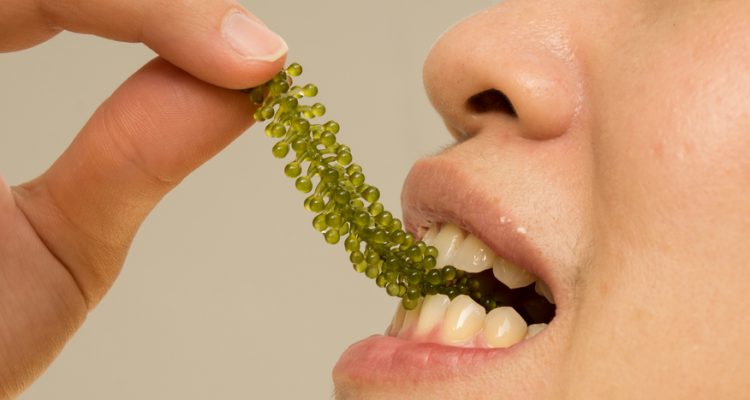 Care for a seaweed snack? Seaweed harvesting is growing across the U.S.

Kale is already well-known as a nutritional superfood, but it may start getting wholesome competition from seaweed. Although wild seaweed has been rummaged off the Atlantic Coast for hundreds of years, and seaweed-based food is already famous in many parts of Asia, there is currently a more active effort to grow seaweed in the U.S.

A growing wave of entrepreneurs across the country are harvesting fresh and frozen edible seaweed—everything from dulse, to kelp and alaria.

Seaweed can sell for up to $15 a pound at stores and truckloads of seaweed are currently being sold to hospitals and schools across the country.

So is kelp the new kale? According to Barton Seaver, director of the Healthy and Sustainable Food Program at Harvard, it is. Seaver, who logically has a seaweed cookbook out, suggests that the algae will be seen everywhere over the next 10 years. The reasons being—seaweed is naturally delicious and has several benefits:

A study published in Nutrition Reviews pertaining to seaweed and human health suggests that seaweed has anticancer, antiviral, and anticoagulant properties. The review also mentions how seaweed has the ability to modulate gut health as well as risk factors for diabetes and obesity. Due to the nutritional properties of seaweed, researchers concluded that more functional food products can be developed utilizing the algae.

Now, for those who are kelp-minded, here are the top 5 reasons to eat your sea vegetables.