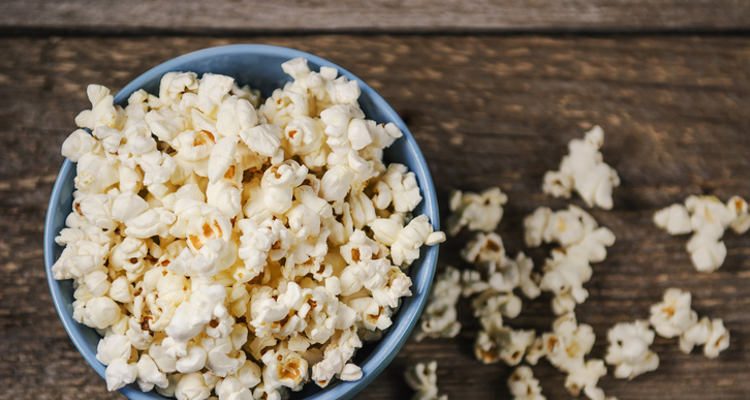 Popcorn easily fills a void at the movies, or any time of the day. In general, popcorn is thought to be a healthier alternative to potato chips, cookies, and other snacks. Where does popcorn even come from? The answer is definitely not the microwave (more on that later…). But there’s a lot of debate around that, is popcorn fattening or not?

To know if popcorn is actually fattening or it’s just a myth, we need to study it’s nutritional content.

Nutrition Facts and Calories of Popcorn

Does that “pop” lead to an explosion of popcorn health benefits? According to SELF Nutrition Data, a cup of popcorn or 11g (regular flavor) contains 64 calories, 1g each of dietary fiber and protein, and 5g each of carbs.

Popcorn is also low in cholesterol and contains good fats or poly and mono unsaturated fatty acids and omega-3 and -6 fatty acids. It contains trace amounts of vitamin A, alpha and beta carotene, lutein, vitamin E, niacin, folate, and choline.

It contains minerals such as phosphorus, potassium, sodium, and traces of zinc, calcium, manganese, and selenium. 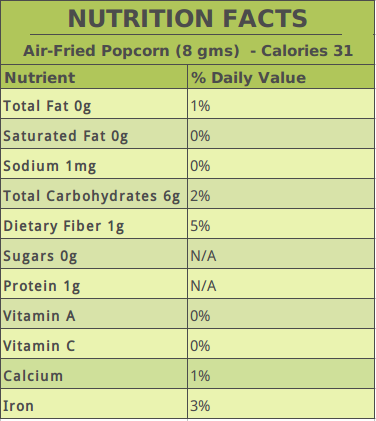 Keep in mind, though, that many people will double and even triple this nutrition chart while at the movie theater. Eating it in moderation is the key.

As we mentioned earlier, popcorn is not fattening because it doesn’t contain a lot of calories. The problem is that, by itself, popcorn tends to be rather bland. As a result, many people add salt, butter, and other flavoring to popcorn, which, needless to say, increases the fat and calories of popcorn.

Although salt is necessary to control the balance of body fluids in the body, excessive intake of sodium chloride leads to hypertension, water retention, obesity, and puts pressure on kidneys to remove the excess salts through urine.

The packaged corn we get in retail stores is often not healthy because of salts, oils, sugars, which means you further increase your calorie count. Let’s take a brief look at the three ways popcorn is made. 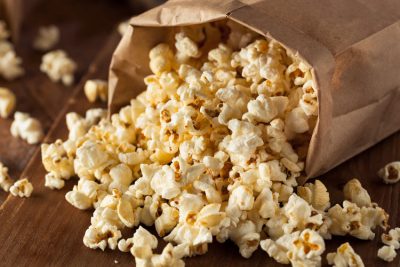 Microwaved popcorn is definite no-no, and the reason has more to do with the popcorn bag than the calories of the popcorn.

Microwave popcorn calories will vary based on the size and amount of butter, or butter flavor rather, inside the microwave popcorn bag, but more often than not, they are likely to be fattening.

It can contain up to 400 calories per bag or more. However, the lining of the microwave popcorn bag is coated with a substance that when heated produces perfluorooctanoic acid—also known as PFOA, which is thought to be a carcinogen capable of causing cancer.

And that’s not all, folks. You can get “popcorn worker’s lung,” which is a respiratory disease reported in people working in factories where microwave popcorn is created.

Luckily, making popcorn on the stove avoids some of the carcinogenic ingredients and other problems associated with microwaved popcorn.

However, you will need to use some oil to prevent the bottom of the pan from burning. So, that little amount of oil may add up a few calories.

But, this is far better and healthier than eating packaged popcorn because for mug full of kernels, you might need just a teaspoon of oil. Also, you can use some healthy oils such as olive, avocado, or coconut oil.

An air popper doesn’t require oil because it keeps air flowing around the kernels, which prevents them from burning. Air poppers will spin raw popcorn kernels in a central chamber. Once the kernel has popped, the popcorn will travel through a chute and land in a bowl.

Also, some air poppers may contain a special compartment with added seasonings or melting butter, which, of course, you don’t need to use. A cup of air-popped popcorn will contain around 30 calories.

But the average person will likely consume a few cups minimum per sitting. That said, you will still wind up with less than 200 calories, which is a lot fewer than the other methods of popcorn cooking.

The answer is yes. In its purest form, popcorn is absolutely healthy. It does become unhealthy when loaded with salts, sugars, flavorings, and additives.

So, the nutrition value of popcorn depends a lot on the way it is made and the ingredients added. Avoid buying packets of microwave corn and the ones that are processed and packaged with various flavorings, butter, cheese, and so on.

The best way to retain the goodness of corn is make them at home, and it’s pretty simple! All you need to do is buy some plain, dried corn kernels from a nearby store and pop them using an air popper or a stove top.

How to Make Healthy Popcorn at Home

Most varieties of microwaved and pre-popped popcorn are often overloaded with chemicals and other toxic ingredients. Even at the movies, the popcorn ingredients are frequently full of fat and chemicals, while the popcorn itself is likely genetically modified.

However, going to the movies or watching movies at home likely wouldn’t be the same without popcorn. In fact, popcorn was even being popped and eaten 7,000 years ago in Peru. So, if you want healthy popcorn, what’s the solution? Basically, you must pop it yourself using a limited amount of healthy oil and a stove top, or an air popper and no oil. It is affordable, too.

Think of popcorn as a treat for watching a movie with your kids, and not a regular part of your lunch at work. With this in mind, popcorn can be enjoyed as a sensible snack in your balanced diet. Homemade popcorn made on a stove top or air popper machine is definitely healthier than microwaved popcorn. However, not everyone can afford an air popper machine.

The following is an easy healthy stove top popcorn recipe with turmeric and sea salt you can try. The recipe will yield four to five cups of popcorn, and it is vegan, dairy-free, and gluten-free.

It will definitely replace the unhealthy microwaved popcorn bag, and it even stores for up to one week in a sealed container.

Besides the turmeric-salt popcorn recipe, there are also a variety of other spice combinations you can try to make your popcorn healthy.

For instance, chili powder and paprika gives your popcorn a little spice, lemon pepper adds a little zest, while basil, oregano, and parsley adds some healthy herbs to the mix. Also, cinnamon and grated nutmeg can add a little sweetness to your popcorn.

Now, we know for sure that popcorn if made and eaten the healthy way is not fattening. So, are there any health benefits of popcorn? Yes popcorn has quite a few health benefits and is definitely a healthy snack if made in the right way and eaten in moderation.

As mentioned, popcorn does contain some important nutrients like manganese, magnesium, phosphorus, and zinc. Popcorn is also packed with protein. These are some popcorn health benefits to keep in mind.

Air popped popcorn can be a low-calorie snack that is helpful for weight loss. You can enjoy it as an evening snack if made in the right way and need not worry about calories. Make sure you eat in moderation. 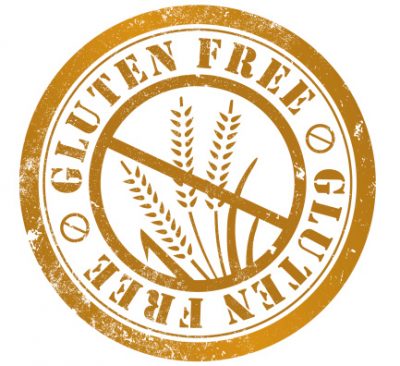 Many snacks contain gluten, especially crackers, cookies, and surprisingly most potato chips brands. Luckily, corn, including popcorn, is a gluten-free snack alternative. This can be useful for many people on a gluten-free diet.

Four cups of popcorn will contain nearly 5 g of fiber, and most Americans don’t consume enough fiber at all. The general recommendation of fiber is 25 g for women and 38 g for men.

Adequate fiber intake aids digestion, and in a way boosts metabolism. It may also lower your risk of heart disease and type 2 diabetes.

In a 2012 study, Pennsylvania’s University of Scranton researchers found that the antioxidant concentration in popcorn is actually higher than once thought.

In summary, popcorn can be healthy, but it just as easily can be unhealthy too. Remember to throw away your microwave popcorn bags, and try making your own on a stove top or with an air popper machine. It also matters a lot how you season your popcorn snack.

Also, remember to eat in moderation and enjoy your popcorn with your family or friends.