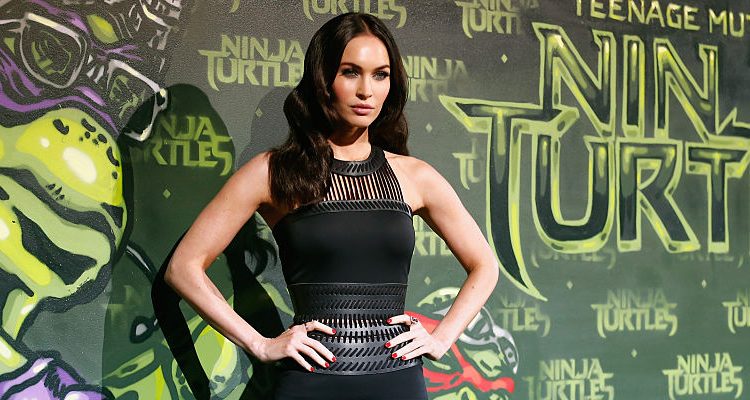 Megan Fox as Poison Ivy? That’s right. The news circulating in Hollywood right now and on many celeb gossip sites is that Megan Fox is set to play opposite Margot Robbie in the Harley Quinn movie that will follow the comic Gotham City Sirens.

Last week, The Hollywood Reporter confirmed that the solo movie with Harley Quinn would get underway. And the unconfirmed news that Fox will come on board as Ivy likely means that the sexy villainess will have a love arc manifest on screen. In the comic, there is a love connection between Harley Quinn and Poison Ivy, and bringing it to the big screen could make it the first comic-based queer romance to hit theaters.

Adding fuel to the speculation fire is the fact that comic-news site Bleeding Cool reported that Fox had some comic books delivered to her Warner Studios address—comic books that were specific to Quinn’s relationship with Poison Ivy. Reports say that Fox had expressed an interest in playing Poison Ivy a number of years ago, but for now, the actress has yet to confirm her part in the movie and this particular role.

In Hollywood where how you look is mostly everything, having a baby can cause career setbacks, and the pressure to get a post-baby body in proper order is extreme for some actresses. Harley Pasternak, famed celebrity trainer, has been working with Fox and her husband Brian Austin Green of 90210 for years.

In a recent post on PEOPLE magazine’s website, Pasternak answered questions about how Fox stays in such great shape and shared some of her workout and diet secrets while pregnant and then after (because, really, Fox looks sensational after having given birth to her third child with Green). Pasternak even noted,“Megan, and her husband Brian Austin Green… may just be the fittest couple in Hollywood.”

On how Fox stayed healthy during her pregnancy, Pasternak said that they worked out throughout the duration of her pregnancy. “She was a model of health through the whole process. She really educated herself big time and had a great relationship with her physician so she really understood the safe boundaries of how to exercise and eat well during pregnancy.”

With exercises, Fox progressed from trimester to trimester and they’d modify routines as they went along and as made sense for her at that time. “As a result,” Pasternak says, “she was so fit at the point of delivery that it actually went more easily and she was able to get medical clearance relatively quickly to come back and keep working out.” And Fox did exactly that just a few weeks after giving birth.

Training post baby involved the exact same exercises as they did pre-baby. The workouts they did were like all of Pasternak’s other Five Factor workouts that have five phases: