Home > Food Facts > Is the Gluten-Free Industry Just a Scam? 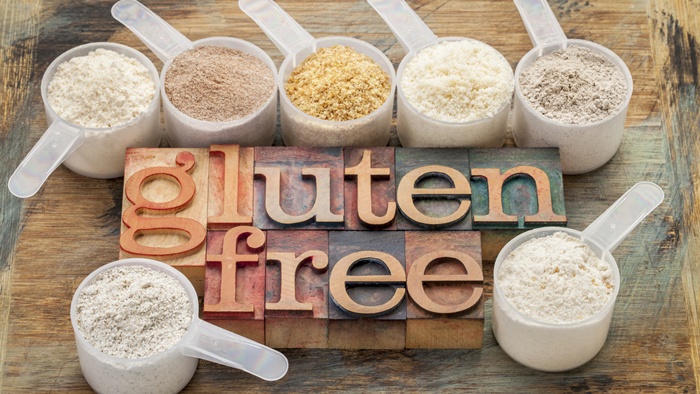 Health trends come and go, but do you know which diet is best for you? You could take diet advice from a nutritionist, dietician or qualified health practitioner—or you could just soak up all the hype. I can admit I have done both.

I went vegetarian based on a hunch it might be right for me. I also went gluten-free based on advice from my holistic nutritionist. After all, I showed signs of food sensitivities like gas and bloating. My digestion appeared to be compromised based on poor intestinal flora and leaky gut.

Are You Wrong Going Gluten-Free?

People with celiac disease are sensitive to gliadin, which is a protein in gluten. Intestinal and digestive concerns begin and other issues can start soon after. People could later find themselves afflicted with arthritis, anemia and even infertility.

But what if a gluten-sensitivity that isn’t related to celiac disease is out there, too?

In 2011, a double-blind, placebo-controlled study conducted through Monash University Department of Medicine and Gastroenterology and published in the American Journal of Gastroenterology, would find gluten diets could in fact cause gastrointestinal issues.

The study was considered small with only 34 participants, all with irritable bowel syndrome. The participants consumed a diet including gluten or a placebo (two bread slices and a muffin) on a daily basis for a six-week period. Results showed that 13 of 19 participants in the gluten group experienced digestive issues.

The researchers were not satisfied with their findings and continued studies to outline how gluten sensitivity might not exist. In a 2013 double-blind, crossover follow-up study published in the Journal of Gastroenterology, 37 people with non-celiac gluten-sensitivity and irritable bowel syndrome were given a two-week diet where all gastrointestinal triggers were removed, including poorly absorbed short-chain carbohydrates, lactose and preservatives. Participants rotated between gluten-free (16 g of whey protein), low-gluten (2 g of gluten and 14 g of whey protein) and high-gluten (16 g of gluten) diets for a week per diet. There was no concrete evidence gluten contributed to participants’ digestive distress.

People may assume gluten is safe to eat if you have irritable bowel syndrome or a similar digestive disorder. The study didn’t determine gluten wasn’t a gastrointestinal issue, but it did show there could be other food sensitivities at play.

If not gluten, what was the issue? Participants may also be sensitive to the lactose found in the whey protein. They all had severe digestive conditions and likely had other food sensitivities which may not have been considered within the study structure.

The Monash University group published a larger follow-up study in the Nutrition in Clinical Practice Journal, which focused on people with self-diagnosed non-celiac gluten sensitivity.

Should You Really Remove Gluten?

Non-celiac gluten sensitivity is still a concern, but I’d recommend you get a proper diagnosis and don’t take guesses. I got a sensitivity test before I went gluten-free. There are other people who do not get tests to determine any food intolerance or sensitivity and just get rid of the gluten for no real reason at all.

There is often more than one trigger of gastrointestinal disorders beyond gluten. Sensitivity testing can determine multiple foods you should avoid. As it turned out for me, I was also highly sensitive to citrus fruits, tomatoes and dairy.

A big issue I have with the gluten-free industry is you will find many products which are wearing the label of “gluten-free” which shouldn’t be on your healthy go-to list. There are so many cookies, cereals and granola bars sold as a part of gluten-free diet, just to make a profit.

Make sure you do a little research about what you are buying and consuming before you make a commitment to cut something out, or replace a food group with something else—especially if you are cutting out bread and grains for something as pricey as gluten-free products!