Home > Diet & Nutrition > Is the Macrobiotic Diet for You? 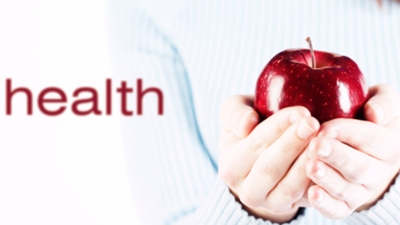 Hippocrates, the father of Western medicine, once said, “Let food be thy medicine and medicine be thy food.”

The ancient Greek physician also was the first to record the term macrobiotics. It was found in his writings during the fourth century B.C. and it was used to describe those who were healthy and enjoyed long lives.

The Greek translation of macrobiotics literally means “long life.” The main goal of the macrobiotic diet is not to lose weight or cure a specific disease; it is simply to live a happy and healthy life. It is a mostly vegetarian diet with some fish, and highly promotes wholesome healthy foods, exercise, and a “do no harm” spiritual philosophy.

1. Rule of Ecology: Be aware of your environment, and consume naturally cultivated and locally grown foods.

2. Economy of Life: Eat whole foods and avoid refined and processed foods. Wheat germ, bran, and vitamin pills are not included in the diet.

3. The Yin-Yang Principle: Consume foods that are balancing. A good example is brown rice.

4. An Art of Living: Flexibility is key and adjusting to the seasons is important. Change your diet according to the four seasons.

5. Appreciation: Be gracious, appreciative and optimistic.

6. Faith: Have trust in the wisdom of nature. Eat foods from nature and have nature in your life. Include plants in your home and open the window for fresh air.

The macrobiotic diet consists of 50-60% whole grains and five to 10% beans as the main proteins. About 25-30% of the diet is in-season vegetables and five percent fruit. It allows for two to four percent sea vegetables, as well as nuts and seeds. It recommends only occasional consumption of vegetables like cucumber and celery as well as herbs and spices. You can also eat fermented soy products such as tempeh, tofu, and miso. On occasion, fish and eggs are eaten. Sometimes sweeteners such as honey are also consumed.

On this diet, you’re supposed to avoid nightshade vegetables such as tomatoes, potatoes, eggplant, peppers, and tobacco; however, sweet potatoes and yams are allowed

The macrobiotic diet is fairly balanced and is high in fiber with an abundance of whole grains, beans, and vegetables. The diet is also low in saturated fats, meat, sugar, and dairy products.

It is also high in phytoestrogens, which can balance female hormones. This can help manage menopause and premenstrual syndrome.

People may also find that their whole outlook changes while on the macrobiotic diet, because of the emphasis on practices that heal the body and the mind from a holistic view (such as appreciating nature, living positively, and eating the right amount, instead of overindulging).

Some people might think the diet is too strict because of its principles and solely local approach. The recommendation of eating certain Oriental foods may also turn people off the diet.

There can be a major nutrient imbalance if there are too many carbohydrate foods eaten, such as the overconsumption of natural sweeteners in whole wheat baked goods. Depending on what you eat, the diet can lack protein, iron, vitamin B12, magnesium, and calcium, which can result in possible deficiencies.