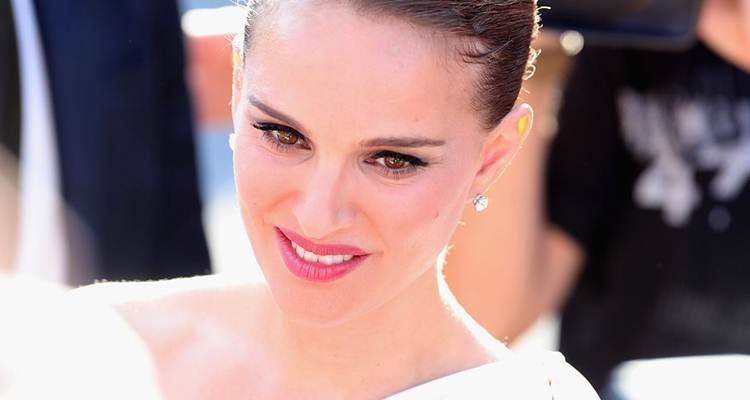 Natalie Portman, who is pregnant with her second child, has been busy the last year filming a few movies, two of which she premiered back to back in September.

Planetarium was one of those movies, and she looked like a true goddess in the white flowing gown she wore at the premiere. The night before that, she premiered the movie Jackie, in which she portrays Jacqueline Kennedy Onassis. The actress looked absolutely stunning in a green, sheer chiffon dress.

Jackie chronicles Kennedy Onassis’s marriage to president John F. Kennedy, her wedding to Greek shipping billionaire Aristotle Onassis, and the years she spent in New York City as a socialite and philanthropist.

The film has received rave reviews, as has Portman’s portrayal of the former First Lady. Portman, 35, says that playing the role was one of the more challenging times in her career. She won an Oscar in 2011 for her role in the dark movie Black Swan.

Portman looks so much younger than her actual age, and that is due, in part, to her following a healthy diet and exercising regularly. Her secrets?

The first is a vegan diet that she strictly adheres to, except when she was pregnant with her first child and moved toward vegetarianism. She found that she was craving dairy and eggs, so she felt it was the right thing to do – though there was a bit of backlash online from people for her switching.

Other things she does to stay looking young is running three times a week and doing regular yoga workouts. Portman also does Pilates barre workouts, which are great for developing a strong core and muscles; resistance training; and often swims up to a mile at a time. She also drinks a lot of water.

Portman says that if she eats dairy, she breaks out immediately. She gave up eggs after a while during her pregnancy because they started to “gross her out,” the actress says. Living in Paris, Portman has found it possible to stay away from the country’s selection of delicious cheeses and mouthwatering croissants that are made with butter, something she can’t eat.

The actress has been a vegetarian since her preteens and made the choice because of her love of animals. In 2009, she made the move to full veganism after reading Jonathan Safran Foer’s book called Eating Animals. Portman says she cooks at home a lot and has even mastered how to bake vegan goods.

She doesn’t believe in starving herself and, in fact, says she loves to eat delicious things and eats when she’s hungry. It’s a simple as that – except the foods she chooses to eat are plant-based, not processed, and are not loaded with salt, carbs, or fat. So it’s no surprise she has stayed so slim throughout the years.