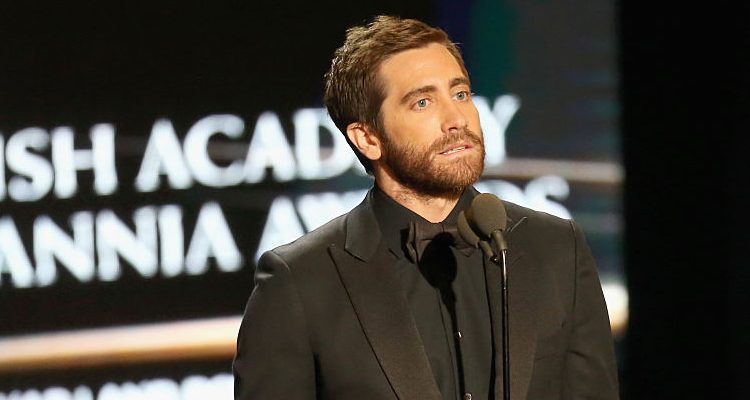 Jake Gyllenhaal will star alongside Ryan Reynolds and Rebecca Ferguson in the new sci-fi action film Life. The movie is a thriller with complexity that is set in outer space. The film is set for release on March 24, 2017.

Many are comparing the film to Passengers (starring J-Law and Chris Pratt) but the details of the plot are different. And judging by the trailer, there is much that eerily unfolds during the film. One of the leading roles is played by Jake Gyllenhaal, who is no stranger to transforming himself to play new characters. Gyllenhaal has an incredible physique and works very hard to maintain it. He has played several roles that have required him to bulk up and build massive muscle, and he has risen to the challenge. For example, he starred in Southpaw and Prince of Persia – both films that required him to be toned, muscular, and strong.

In addition to the character transformations, in real life, Gyllenhaal is also dedicated to his fitness. Let’s take a look at his diet and workout regimen.

For the film Southpaw, Jake Gyllenhaal had to work extra hard to prepare before shooting. The actor trained like a professional boxer would for a full five months. He did this in order to nail the fighting scenes in the film, which they shot for the first two weeks of filming the movie.

What did it all look like? Well, Gyllenhaal had to prepare on both the mental and physical level. He learned all the skills of boxing, which required him to get into the boxing mindset. This was a crucial component of getting into character. He truly had to believe he existed in the boxing world. A competitive mindset and setting clear goals helped him get into sportsman shape and prepare for battle.

According to research in the Journal of Sports Science and Medicine, fighters who possessed the following seven mental skills before a fight actually became the winner 95% of the time – they are: effective self-talk, relaxation, heightened concentration, self-regulation of arousal, goal setting, coping with being hit and imagery.

Gyllenhaal trained for up to six hours per day with trainer Terry Claybon. His days included an 8-mile run first thing in the morning, some sparring, and then a 30-minute rest break followed by a bodyweight training and abs workout. A lot of the bodyweight training included exercises like pull-ups, dips, walking lunges, shrugs, crunches, squats and deadlifts.

Gyllenhaal also did jumping rope to increase his agility, endurance, speed, and coordination. He also included shadow boxing in his warm ups. He often did several rounds of speedball, pads, and the heavy bag. A combination of this really improved his overall technique, power, and strength. Although he described it as grueling, it was equally fun due to the constant variety in his workouts.

Although Gyllenhaal’s workout for Life is still unknown, it’s not a stretch to assume that he follows a healthy lifestyle that includes a balanced diet and exercise to maintain his physique. He may have worked out more to prepare for the role, but fans will have to see the film to catch another glimpse of the actor doing what he does best – executing a great performance.