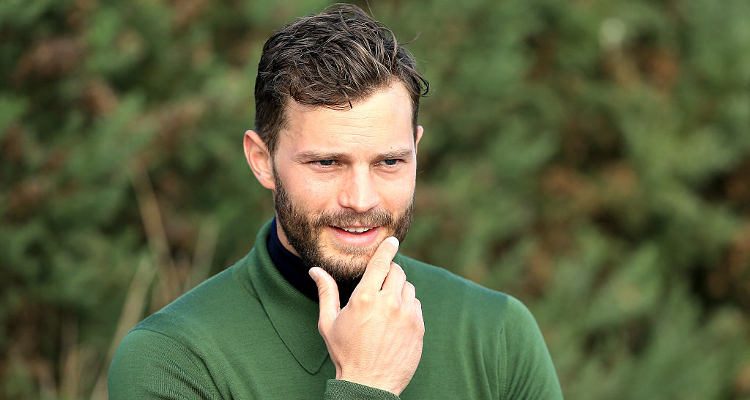 Fifty Shades Darker actors, Jamie Dornan and Dakota Johnson, were in the spotlight throughout filming the trilogy because of dating rumors. The co-stars seem to have parted ways completely after filming earlier this year.

Dornan has recently been spotted with his wife, Amelia Warner, and it looks like the actor is now focusing on his family. This post on Instagram shows Dornan and Warner together and the photo was captioned, “Jamie and Amelia attend mum’s list premier in UK.”

Meanwhile, Fifty Shades of Grey won the worst screenplay, worst actor, and worst actress as reported by USA Today. It looks like both Dornan and Johnson have moved on and are now focusing on other important things in their career and life.

The movie may have not fared well for movie-buffs, but fans of Dornan are definitely over the moon with his chiseled physique. The actor has always been super fit and has maintained his impressive looks through a committed fitness regimen. Keep reading to find out Dornan’s workout regimen and diet.

The Irish actor aggressively worked out to stay in enviable shape and focused on an intensive fitness regimen. In the recent past, he admitted on Twitter that he suffered from asthma. Despite his condition, the actor followed a dedicated workout regimen. This is definitely encouraging for many fitness enthusiasts.

To achieve a chiseled physique for his billionaire role in the film, Dornan had to work on building muscle strength. His workouts included plenty of squats and deadlifts, as well as exercising his upper chest and shoulders. He would also include a CrossFit type of strength-training and heavy lifting. He is also popular for his Ironfit workouts, which helped him define his bulging biceps. Ironfit is a company of professional fitness trainers, who help fitness enthusiasts with strength training, nutrition, and more.

The actor also hit the gym and performed press-ups, push-ups, and crunches on a daily basis. He also likes to participate in sports activities like skiing, tennis, and rugby. Dornan also enjoys swimming and he finds that this is not only a mild form of exercise, but also helps in relaxing both body and mind.

It is reported that Dornan is blessed with a high metabolism. He does not follow a typical diet which is protein-heavy or low on sugar. Instead, he would probably order spatchcocked chicken and regular Cokes. Many fitness followers may find it very difficult to stay in shape with a diet like Dornan’s. The actor does not believe in food restrictions. Instead, he believes in eating whatever one wishes to, and place more efforts in a workout regimen that can shed off the excess fat.

Fifty Shades Freed actors, Jamie Dornan and Dakota Johnson, have probably moved on after their filming stint together. But fitness enthusiasts are still curious about achieving a drool-worthy body like Christian Grey’s. To stay in super shape like Dornan, why not try his workout regimen.