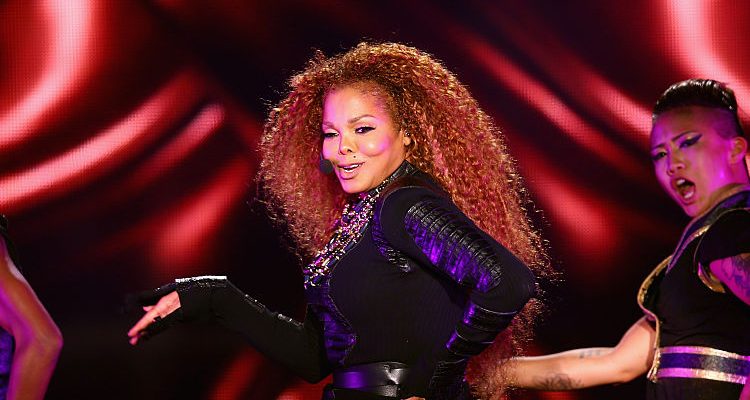 Janet Jackson has become a mother at 50! The pop icon and her husband Wissam Al Mana welcomed their son this past Tuesday after a reportedly “stress-free and healthy” delivery. The baby boy has been named Eissa, and both mother and child are said to be resting comfortably at home.

Jackson has always been known for her incredible talent in both dancing and singing, and despite previous weight struggles, has kept in great shape for most of her career. Her healthy lifestyle no doubt aided in her having a healthy and easy delivery, so let’s take a look at some of her favorite fitness secrets.

Jackson gained weight for the 2008 film Tennessee, though when shooting conflicted with her touring schedule, the singer had to back out of the project and her role was ultimately given to Mariah Carey. This left her with a plus-sized frame of 180lbs on her 5’4” body and not a lot of time to lose the extra weight before she was due on tour. It wasn’t just about appearance for the singer, her live shows involve a lot of dance and cardio work, and in order to perform at her best she needed to get back in shape. So how did she accomplish this weight loss?

Jackson utilized a portion-controlled diet to help cut back on junk foods and extra calories without depriving herself. She worked with nutritionist David Allen and ate five small meals per day consisting of healthy foods like vegetable, nuts, seeds, and lean protein like chicken and fish. These meals kept her metabolism working while the protein and unsaturated fats contained in them naturally boosted her energy.

To help her lose what was later reported to be 60 lbs, Jackson also recruited personal trainer Tony Martinez and worked out six days per week for 90 minutes. Her main focus was on cardio and strength training to increase her stamina and rebuild and tone her muscles. Jackson especially enjoyed jogging and running for cardio, as well as using stability balls during her strength training.

While she may not follow such a strict routine anymore, Jackson’s recent tours prove that she is still in excellent shape and leading a healthy lifestyle. Want to look as fantastic as she does but aren’t ready to commit to a total lifestyle change? Start with green tea. Switch out your morning coffee for the natural beverage and you can reap the rewards! Green tea has detoxifying properties that help burn fat and decrease bloating, as well as aid in gaining clearer and brighter skin. It can also lower the risk of type 2 diabetes, delay brain decline, and lower the risk of heart disease, making it a great choice for your body inside and out! Need more incentive? Sipping on green tea rather than a coffee first thing in the morning is a great way to eliminate unwanted sugars and calories. Swap your Grande Caramel Macchiato for the same size green tea and you’ll cut 250 sugar-filled calories from your daily diet. Now that’s an easy change we can all get behind!