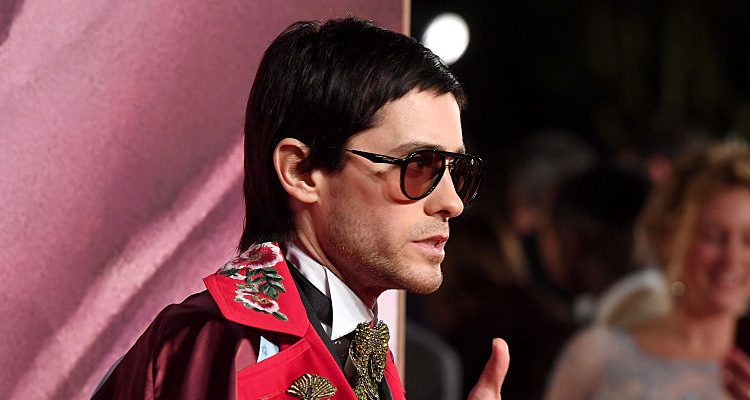 Jared Leto, age 45, recently celebrated his birthday, though you wouldn’t know it by looking at him! Most recently seen in the DC Comics blockbuster Suicide Squad as the insanely villainous Joker, Leto is looking much younger than his age. With over 20 years spent in front of the camera yet hardly any changes to show for it, how does Leto keep himself looking so young?

Leto most often follows a vegan diet, meaning he abstains from eating any animals and animal by-products, though he did admit to cheating occasionally in an interview with Rolling Stone. “I don’t eat meat ever. But if someone’s mom made me a cookie and handed it to me, I’d probably take a bite,” he said. He credits his youthful looks to consuming this mostly plant-based diet, as well as abstaining from previous vices like drugs and alcohol, and getting enough sleep. He also avoids excess sugars and salts, preferring meals that include raw, organic foods like vegetables, unsalted nuts, rice, and whole grains, which allow him to consume a natural and well-balanced diet.

When preparing to portray the Joker, Leto needed to add some muscle mass. He did so by eating meals that were high in carbohydrates and protein every few hours, though he admitted that he has trouble with eating excessively and found this to be a challenge.

Leto regularly enjoys activities such as yoga, hiking, and cycling to keep him in shape. Cycling and hiking act as great cardio while yoga is a fantastic way to improve flexibility while toning muscle mass. Leto even gave the aforementioned interview with Rolling Stone while hiking in a California state park.

When he’s looking to add muscle, Leto looks to circuit training. For his role as the Joker, the star wanted to add lean muscle and did so by following a routine that included arms, abs, legs, and back circuits. He used weight training for an upper body workout that built his chest and shoulders without bulking up too much. This circuit consisted of barbell bench presses, tricep push-downs, and weighted dips among other moves. He also utilized an ab circuit to keep his stomach flat and hard, as Leto was often shirtless for this role and had body art inked over his torso. Alternating between crunches and leg-lifts as well as V-ups, he ensured his torso was toned and lean for the film. Along with these workouts, he also made use of a legs circuit that included barbell squats, leg presses, and calf raises. While the Joker isn’t known for having a huge, bulky frame like other villains in the Batman universe, it was still important that Leto’s body looked capable of causing harm, which the actor accomplished by utilizing these workouts throughout his week.

Eating right and exercising seems to be Jared Leto’s formula for staying young, and who are we to question it? At 45, he looks the same as he did 10 years ago, thanks to a combination of his natural plant-based diet and enjoyment of cycling, hiking, and yoga. Happy birthday, Jared Leto! You don’t look a day over 30.