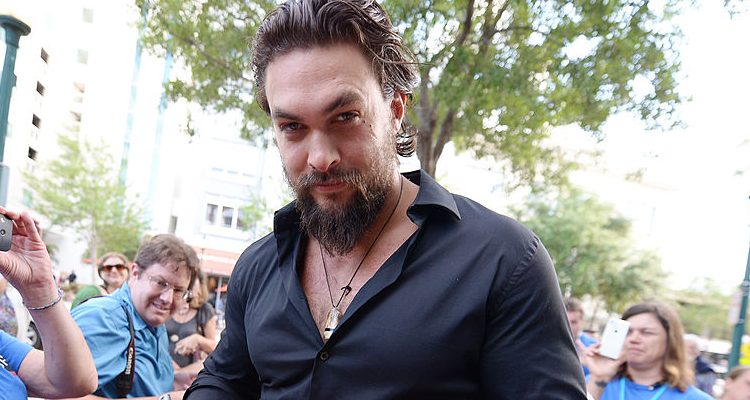 Many fans are elated with the official announcement by Warner Bros. and DC Films on the much-anticipated Aquaman film, which is slated to be released on October 5, 2018 in both 3D and IMAX. The movie features ripped and muscular, Jason Momoa, and stunning actress, Amber Heard. Both stars have worked hard to maintain their fitness and have followed a strict workout and diet regimen.

The superhero movie is directed by James Wan and features Momoa as the King of the Seven Seas, and is based on the DC Comics character, Aquaman. The Hawaii-born star plays the iconic role of Aquaman, who is committed to protecting the entire world. Heard plays the fictional character, Mera, who is a one of the most powerful women in DC Universe.

You can have a sneak peek of the official trailer of the movie, Aquaman with this YouTube video.

Fitness enthusiasts have more reasons to revel in the movie as the star-cast look incredibly super fit. Many admirers are curious about Momoa and Heard’s fitness regimen and secrets. Keep reading to find out what they are.

Momoa worked hard to stay in shape. The Hawaii-born star was required to bulk up for his Aquaman role. The celebrity who was already doing rock climbing, surfing, bike riding, and skateboarding, resorted to Accelerated Results (AR-7) workout in order to bulk up fast. He worked with celebrity trainer, Eric Laciste, and they focused on the AR-7 workout to get into shape fast. In contrast to the weightlifting concepts, the workout routine focuses on heavy reps, low weight, and insufficient rest.

Momoa went through hours of intensive training and said that two hours of training on a daily basis can make you really feel good. The actor likes to share his workout videos and his Instagram feeds confirm this. For example this post which he says,“Training with legends. @chris_sharma and @wfmft ALOHA.” Momoa is seen performing an intensive workout with his trainer and founder of Gym Jones, Mark Twight.

Another photo posted on Instagram says, “ … it’s an honor to play aquaman … ”

Last day in the Home Gym. A big Mahalo to @wfmft for building this world for us and pushing me inspiring me and to zach for believing in me it's an honor to play aquaman 5 more days and I'm going back to being Hawaiian. Ready to grind cuz. Cheeeehooooooi. Fish and poi @jasonericlaciste awlright. ALOHA j

Momoa prefers rock climbing to stay in shape and enjoys skateboarding with his children. He feels it’s a great cardio workout.

Momoa said, eating a client diet can help achieve some great results. He said, “To get a nice body, just eat clean, and exercise.” The actor followed a strict diet regimen for his Aquaman role.

His diet for the Conan the Barbarian film was protein-intensive and included boiled eggs and eating chicken breast every two hours. He also resorted to peanut butter when he needed energy.  Though not much is known on his Aquaman film diet, the actor would have probably followed the same Barbarian-diet in order to bulked up.

The actor enjoys drinking beer and eating pizza. To look shredded, he had to be very disciplined and had to avoid his favorite foods in his diet plan. He confessed, “You need to eat big and lift big. But I prefer to eat as much lean meat and green veg as possible.”

Heard who is set to play the superhero role of Mera in the Aquaman film honed her body with intensive three-hour workouts and cardio sessions. She underwent combat and stunt training for her role. She also included stretching, weight training, and cross training in her workout regimen.

Heard enjoys outdoor activities and likes to go hiking, running, playing tennis, riding horses, and Pilates. She does not like to be confined to a gym or doing the same workout routine.

The actress is disciplined about her workout regimen, and she said, “Once you start working out, you feel better and it becomes something you make time to do.” She likes to stay active and believes that is is important that you are doing something and keeping your body moving.

Heard likes to cook her own food even when she has a very hectic schedule, this helps her to control the ingredients. She likes including lean protein and vegetables in her diet. The actress likes reading food labels and chooses food with ingredients she recognizes. She limits processed foods and said, “You feel better when you’re eating food that retains nutritional value.”

Heard who was featured on Women’s Health for her fitness secrets said, “I’ve always approached challenges with a certain voracity.” She added, “I’m proud of that.”