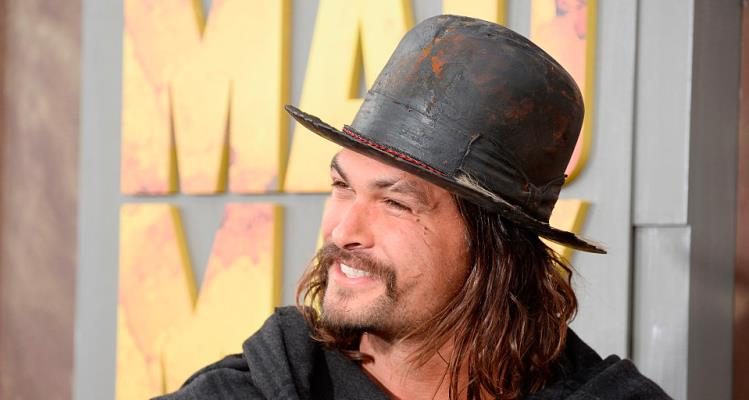 Jason Momoa, Aquaman from Justice League, shows off his amazing abs to celebrate the movie’s wrap up. Seriously, it’s a sight to see! And Momoa has a lot to be proud of when it comes to his chiseled body.

Although he was unable to make the live party for the wrap of the film, he made up for it by sending a shout out to the cast and crew instead. The 37-year-old actor isn’t shy when it comes to sharing shirtless workout pictures, so let’s find out how he stays fit.

Justice League is set to hit theaters on Nov.17, 2017, and the countdown has officially begun. The first trailer for the film debuted in July of this year. The film, which is directed by Zach Snyder, stars other famous celebrities including Ben Affleck and Henry Cavill who will resume their roles as Batman and Superman. The cast also includes superstars Gal Gadot as Wonder Woman and Ezra Miller as the Flash. It also stars Ray Fisher as Cyborg.

Momoa allegedly knew about playing the role of Aquaman for four years and had to keep it a secret. However, he’s making his intense dedication to the superhero role known now by the evident body transformation. He is ripped from his upper body throughout. Apparently, Momoa already had a notable physique before getting the part of Aquaman (recall that he did play Khal Drogo on the popular television show Game of Thrones). He has amped it up to the next level to play the King of Atlantis. His photos on social media show him in the gym under a weight rack as the reason he missed the Justice League wrap party.

There's to many people to thank for all their hard work JL. Tonight is our wrap party. I am so thankful for my cast and crew. I love you. I have never in my life missed a wrap party But as you all know I'm a huge fan of the food and merriment!!!! ???????????????Unfortunately I prepare for the north. For those that will be there. I WON'T let you down Shaka aaalllooohhhaaa see u Monday xxxxxxxxxxxxxxx aquaman

Working my ass of with @wfmft crushing it on Saturday. Your an amazing artist teacher and dear friend. It's been along fucking road I can see the end Thanks for pushing me ALOHA A C. Mahalo @fatherdamian for putting humpty back together again ?????

It’s no wonder he looks so fit; he is clearly extremely committed to nailing the role. It’s also not a stretch to assume that while the strenuous training and workouts to achieve such a great physique were challenging, it was also likely hard for Momoa to avoid certain foods.

Foods like cake, sweets and even beer can be really hard to let go of, especially when you’re working up such a sweat in the gym. This may even be why Momoa avoided the wrap party – could it have been a strategy to avoid the delicious food you’d expect to be there?

After Justice League hits theaters next fall, Momoa will move immediately into his own solo movie as James Wan’s Aquaman, which premieres on July 27, 2018. This will be the first time that the water-based superhero has had the silver screen all to himself. Many DC fans will be super excited about this.

Seriously though, Momoa may be hitting the weight room every day based on the way he is looking in photographs. Although his exact workout is unknown, one can speculate that he is doing a lot of heavy lifting, weight training, strength training, and cardio. It’s likely that he is avoiding processed foods. Sticking with a healthy diet, and maybe even supplements or protein shakes, may be helping him build, strengthen and repair his muscles, too. Whatever he is doing, it’s working!