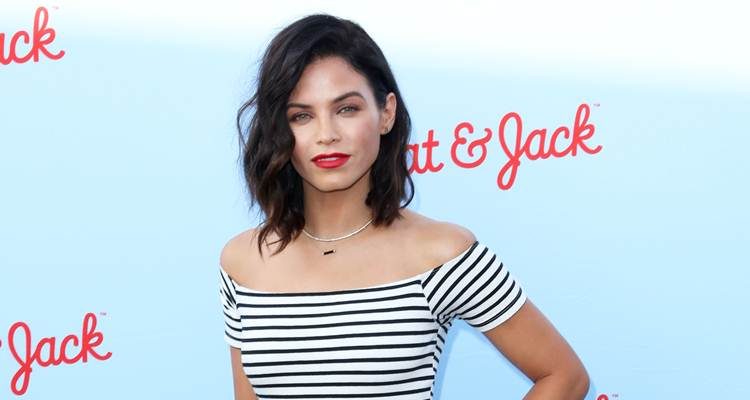 Jenna Dewan Tatum, who is married to Sexiest Man Alive Channing Tatum, follows veganism quite strictly and works out hard to get those ripped abs she is also famous for. Dewan Tatum is a dancer first and foremost, and that’s how her career started.

She’s actually danced for Janet Jackson, but she’s also acted in TV shows, including Supergirl and Witches of East End. The dancing beauty, 35, has her own production company now as well, so this mom of one has her hands full but still manages to take time out of her week to focus on her health and fitness.

She admits to not wanting to work out all the time; and if she doesn’t feel like it, she will use every excuse imaginable to talk herself out of going. And some days of the week she is simply too busy to squeeze one in, much like the rest of us mere mortals. Other times she just wants to hang out with her family.

That being said, she does love the 45-minute power workout. She says she gets in, does her thing, and then she’s able to go pick up daughter Everly from school. That workout gives her energy, she says. If there’s time, she will fit in a dance class – her first fitness love.

She grew up dancing and was in the competitive dance world, so clearly she was passionate about it. Dancing is a great workout, she says, but it also helps motivate her because having somebody watch over and give her inspiration pushes her on.

Dewan loves working with dancer Jennifer Johnson (jjdancer.com). She says they spend the first 15 minutes of a class doing nonstop dance cardio to three or four hip-hop tracks. Dewan Tatum follows Johnson’s choreography, or she dances in a squat position for the duration of the class.

From there, they work on muscle-toning moves by using five-pound ankle weights to do squats and lunges on a box and abs work on a core glider. And planks, lots and lots of planks. She says this all works muscles in her stomach she didn’t know she had.

Dewan Tatum has been following a vegan diet since the age of 10 when she watched a documentary on slaughterhouses. It was then that she decided to never eat meat again, and she says that decision has stuck with her over the years.

She feels good about it morally and physically. Channing Tatum, on the other hand, does eat meat and she has yet to successfully convince him to ditch it – though he did try being vegan for six months, she says. His aversion to vegetables makes being a vegan tough.

For breakfast, she will have a green smoothie with spinach, kale, lemon, apple, banana, and sometimes pear, as well as some cod liver oil, and black sesame seeds all blended together with just water. She believes her skin, hair, and energy are all better because of it.

Lunch is often tabouli, a Middle Eastern salad with bulgur wheat and parsley as the key ingredients. She likes to make a big batch that will keep for days. Dinner, for her, is all about the brown rice bowl with black beans and roasted vegetables.