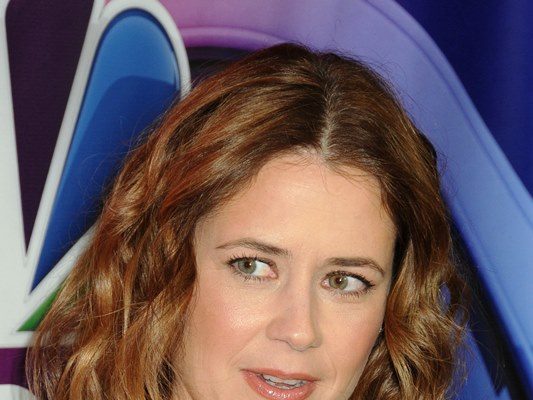 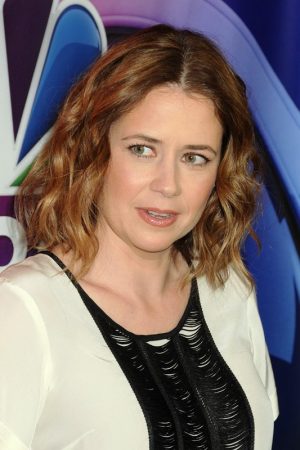 Jenna Fischer (aka Pam Beesly from The Office)  has a new summer diet—one that might be filled with only good things, and not junk food… except maybe peanut butter pretzels. It would appear that the comedian and actress has decided to get healthier for the summer, even though she’s in great shape as it is. But being healthy doesn’t just mean being fit; it’s also very much about what we put in our bodies.  According to a recent tweet:

Later in the day she invited the Twitterverse to take part in a poll asking whether or not peanut butter pretzels from Trader Joes count as junk food. Almost 14,000 people took part in the poll: 24% voted it was healthy, 18% said it was junk food, and 58% voted that it was somewhere in the middle. Not entirely helpful, but all in good fun.

The next day, Fischer tweeted that she’d eaten a bowl of ice cream. And with the temperature in Los Angeles hitting 108 degrees Fahrenheit, who can blame her, even if that doesn’t fit in with a healthy eating initiative?

Fischer admits to having a fluctuating weight, and in her business that can be detrimental to a career and cause a lot of stress. But it should be remembered that part of that was due to pregnancy. Certainly, Jenna Fischer isn’t fat at a size six, but she knows that eating nutritious, well-balanced meals is the key to successfully losing weight and keeping it off long-term. She avoids crash dieting and eats whole foods. For lunch, she seems to enjoy sushi, and for dinner she might enjoy a healthy stuffed bell pepper with rice and lean ground beef.

Fischer isn’t the only one attempting to clean up her diet during the summer—lots of people are trying to eat better and get fit during this time of year.

Jenna Fischer’s weight loss and health goals may have been temporarily hampered by a heat-relieving bowl of ice cream, but we could still take a page from her book and clean up our diets by kicking junk food as well—whether that allows for peanut butter pretzels or not.