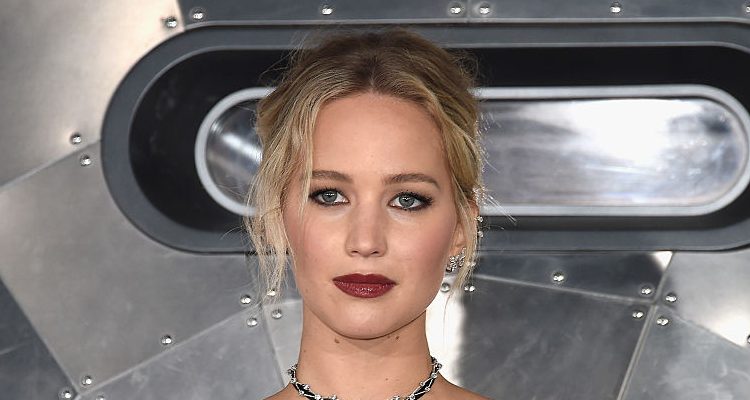 Jennifer Lawrence has been lighting up the big screen ever since she became a household name for her role of Katniss Everdeen in the Hunger Games series, and she is set to revisit the fantasy and action genres in her new film Passengers.

While she is no stranger to intense, action-filled shoots, Lawrence called the film one of the hardest she’s ever shot. In particular, the scene where her character goes from swimming blissfully in a large pool to floating trapped in a large orb of water and fighting to keep from drowning. The actress performed the stunt without a harness and had to keep herself afloat with water up to her nose as the scene was shot, most likely in multiple takes. This obviously requires a high level of fitness, so just what does Lawrence do to stay in shape?

While just about everyone knows that Lawrence is no stranger to junk food (she’s proclaimed her love of pizza on multiple occasions), she still manages to maintain her gorgeous hourglass figure. This is due in part to celebrity personal trainer Dalton Wong, whose new book, The Feelgood Plan: Happier, Healthier, & Slimmer in 15 Minutes a Day, contains a foreword written by the Oscar-winning actress. Lawrence states, “I could never live on a ‘diet.’ Dalton taught me how to eat, move, and live a delicious but healthy life. I will always thank him for that.”

Wong’s book acts as a lifestyle guide to help almost anyone get in shape and lead a happier, fuller life. For Lawrence, this meant spreading her workout throughout her day and combining running, yoga, and HIIT (High Intensity Interval Training) to get the best results. She would start every morning with an easy 20 to 30-minute jog outdoors to help wake up her body and get her moving. This was especially important while shooting the X-Men series as her character, Mystique, required hours in the makeup chair that left her sedentary for long periods of time. Wong would also mix in a variety of power circuits that could be performed in 15 minutes as working with the high profile actress meant time was limited. Many of the exercises included in these circuits do not require any additional equipment for the same reason, so whenever she found 15 minutes, Lawrence could perform a circuit on the spot then get on with her day.

An example of one of these power circuits is the abs-and-arms circuit that requires only a mat and dumbbells. The moves include weighted push-ups, burpees, high/low planks, and a combination of curls and presses.

To finish off the day, Wong recommends yoga and meditation to help calm your mind and body for a better night’s sleep—allowing you to wake up refreshed and ready to repeat the plan the following day.

While Passengers most likely required extra training, Jennifer Lawrence’s daily routine is entirely possible to replicate; and without the need for expensive and bulky equipment and taking up a total of just 35-45 minutes a day, it is surely something worth trying out.