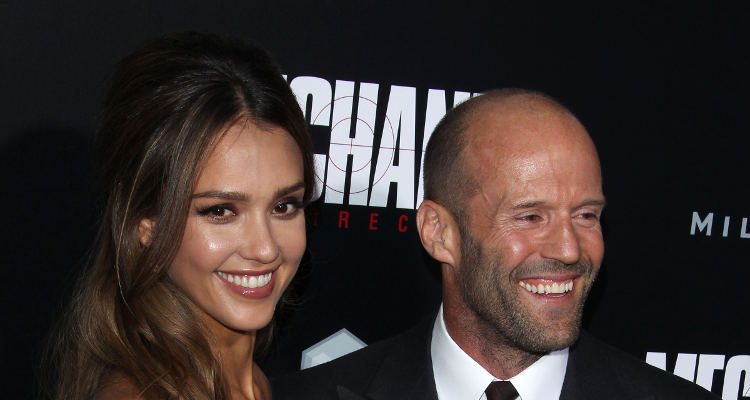 Jessica Alba and Jason Statham worked hard to get in shape for the newly released movie Mechanic: Resurrection.

Alba plays Jason Statham’s girlfriend Gina in the movie. The 35-year-old mother of two got in fabulous shape for the film by doing a type of martial arts called Krav Maga, which she found to be a lot of fun.

She admits that in order to do the Israeli self-defense workout you need to first be fit, and that she did use a trainer to help her out with the moves. The workout was exhausting for her because she says it is quite the cardio exercise. Alba says she also did some weights here and there, then yoga, and finally cardio.

In the action-packed thriller, Alba’s character gets kidnapped and Statham’s Arthur Bishop has to make three impossible kills to get to her. Some of the stunts the actress says she did on her own and as a result, she got banged up a bit at times.

The California-born actress is a regular on lists like Maxim’s Hot 100 and The 99 Most Desirable Women. 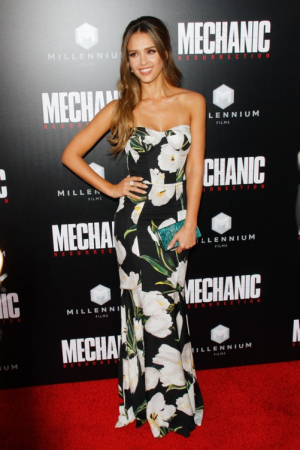 Ramona Braganza, Alba’s trainer for the past decade who also works with Anne Hathaway and Halle Berry, says that for her, helping clients get fit isn’t rocket science and anyone can do it. In her opinion, time management is as crucial as motivation is to fitness and diet.

Braganza has three cardio segments in her workout routines: two circuits of strength training and one core element, which make up a one-hour workout. Her system is planned in such a way to keep the heart rate elevated, burn calories continuously, and build muscles.

How Does Jason Statham Get Movie Ready?

Statham told Men’s Health UK that he’s started to listen to his body regarding the kinds of workouts he does. The actor says he’s working on his mobility (which he does every day before a workout), and has stopped doing one-rep maxes because staying injury free is his primary concern; he can’t lose time healing up and missing out on workouts as a result.

So now, he prides himself on working hard but also working smarter. His new approach is to work on one part of his body until it is where he wants it; then he focuses on another part. Form over quantity is his approach these days, and he feels he gets 10-15 percent more out of his workouts because of it.

After his mobility work, Statham moves on to doing various martial arts and boxing routines, which is then followed by strength and conditioning.

His strength training follows a gymnastics flow of movements and Olympic lifts. Some of the equipment he really enjoys using in his workouts is gymnastic rings, barbells, kettlebells, and parallettes.