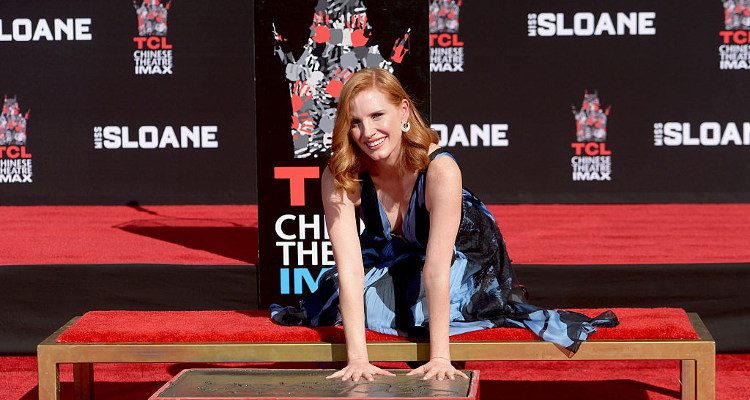 Jessica Chastain’s role in Miss Sloane helped her gain insight into politics. In an interview with Confidential, Chastain had this to say about her role and what she learned: “There’s a lot of money in DC. There’s no question about that. I met with congressmen and senators, and one congressman told me he would usually go to three fundraisers a day to maintain a seat.

I think everyone wants to eliminate that aspect of politics.” Chastain looked super fit at the premiere for her new film, which is thanks to her vegan diet and her yoga and aerobics workouts.

Like many actors and actresses, Chastain is not a stranger to gaining and losing weight for roles. For example, when she starred in The Help, she had to put on 15 pounds. Even still, Chastain managed to get back to her fit self by following simple, healthy living steps that helped her achieve her weight loss.

Chastain has been a vegan for the last five years and was previously a vegetarian for 15 years. Although in The Help, Chastain had to eat fried chicken, she ensured fans that it was vegan chicken. Chastain’s mother is also vegan, and she noted that it is her mother who inspires her to follow such a lifestyle. Chastain believes that being vegan is a great way to promote good health, and also noted that veganism helps her achieve weight loss.

Her choice to be vegan stems from Chastain being a big animal lover. and although many people think that being vegan means you miss out on treats, don’t be fooled—Chastain still very much enjoys guilty pleasures like ice cream, but just in the vegan variety.

Chastain loves yoga as not only a means for weight loss, but also to calm the mind and body. In particular, Chastain partakes in power yoga, which involves deep breathing and stretching. The actress practices yoga five to six days a week, which helps her maintain her curvy figure.

Although Jessica Chastain follows a vegan diet, it is not restrictive and she doesn’t spend her days counting calories. By balancing healthy eating choices with regular exercise, Chastain continues to look amazing and achieves effortless weight loss, even after putting on weight for a movie role. For Chastain, it’s not about intentionally dropping the weight, but rather living as healthy as possible.

You can catch Jessica Chastain in her new film, Miss Sloane, when it hits theatres on December 9, 2016. The film has Chastain playing lobbyist Miss Sloane, who is fighting for improved gun control. The film not only touches on gun control, but also sheds light into how governments operate.