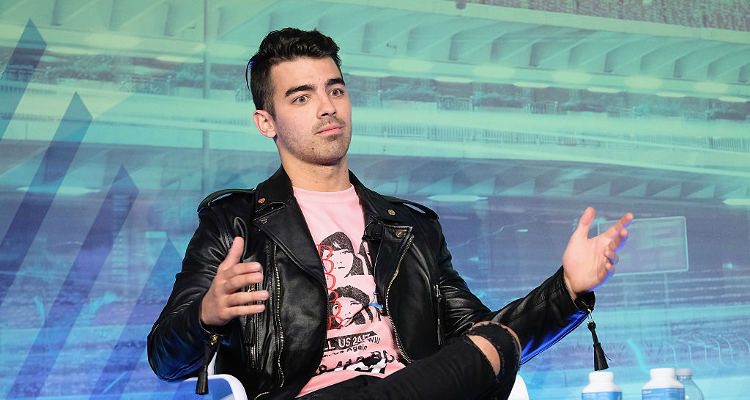 Did you know Joe Jonas was seen working out with television and film actor Mark Consuelos last week? Consuelos was also seen at the Nick Jonas concert in Los Angeles, where Joe’s band DNCE made a surprise appearance.

It appears from Jonas’ Instagram that he and Consuelos really enjoy their morning workout together since the two are pals. Both of these men ramp up the intensity, too. Let’s look at how they stay in shape.

Joe Jonas and Mark Consuelos were seen working out hard at the Unbreakable Performance Center gym in Los Angeles, where they go regularly to keep their bodies toned and buff.

If you’re wondering what kind of workout either of these men might do, look no further than Jonas’ social media account, where you’ll see tons of pictures and videos of the 27-year-old doing heavy weight lifting alongside Consuelos.

Jonas is known for being a fitness buff and takes working out seriously. He has a ripped body and chiseled abs but still enjoys some of the finer foods in life, and that’s his way of keeping his lifestyle balanced. Work out really hard and enjoy good food. Jonas sticks to weight lifting, kickboxing and extreme sports.

Jonas was seen boxing outdoors in Beverly Hills with women’s boxing champion Ava Knight, so it’s safe to say that this singer tends to his fitness on the regular and maybe even every day. He looked muscular and fit from the photos taken during his workout session, although some sources question his fighting stance.

Jonas and Consuelos are not the only ones hitting up Unbreakable Performance Center to work up a sweat. Demi Lovato was there (as posted on Instagram) tearing it up during her boxing workout.

The “Confident” singer was on fire as she nailed every punch with intensity and focus. Lovato means serious business during her workouts, and as someone who has struggled with mental illness and addictions, working out is a great way for the singer to pump some endorphins, or feel-good hormones, throughout the body.

Boxing and other forms of working out are also a great release for pent up energy, which Lovato mentions in her caption as something she really loves and needs to stay healthy.

Today with @jayglazer at @unbreakableperformance.. feels so good to have an outlet and at such a positive, bad ass place like #Unbreakable..

The intensity and focus required for boxing is also a great for increasing mind strength and concentration – it requires a lot of focus and discipline to nail the target!

Joe Jonas, Mark Consuelos and Demi Lovato all hit up the gym to keep themselves fit, healthy and of a strong mind; and the results are pretty clear – have you seen how amazing all three of them look? It’s so important to stay active physically because when you feel good, it really shows.

All these stars also maintain a positive attitude, and part of that is having an outlet for their energy and something that keeps them moving. Hit the gym or find a class you are interested to get your sweat on, too – you might not get abs and arms like Joe Jonas right away but after time, commitment and dedication you can!