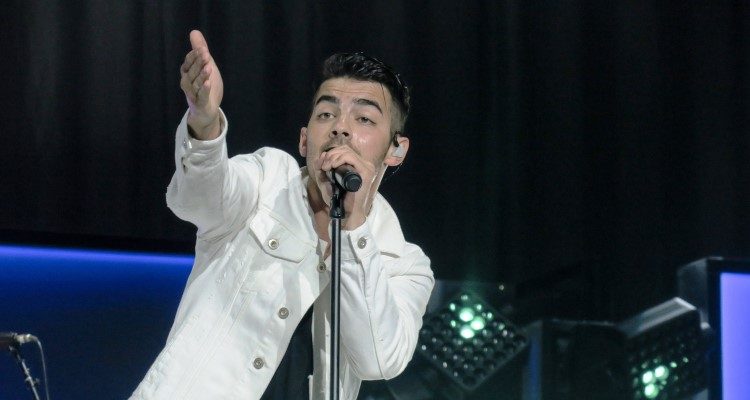 Musician Joe Jonas rose to fame along with brothers Nick and Kevin in the band Jonas Brothers and currently fronts his new band, DNCE. It takes a lot of energy to perform on stage the way he does, so you can imagine that the Joe Jonas workout routine is pretty intense.

Jonas is a self-proclaimed exercise addict, and has a history of working out before every performance. To stay in shape for his shows, Joe Jonas’s exercise routine includes lifting weights; he also enjoys jogging and boxing sessions. So have his workouts generated results? According to a photo posted on Joe Jonas’s Instagram account, it would appear so; Joe Jonas’s six-pack abs were recently featured in a photo on the social media site. Aside from Joe Jonas’s abs, the DNCE front man sometimes also shows off his biceps.

What Is the Joe Jonas Workout and Diet Plan?

What are Joe Jonas’s fitness secrets? For one, he works with a personal trainer on a regular basis, but one potential secret of Joe Jonas’s workout plan is that he wears a windbreaker to help him sweat more, which could lead to shedding greater amounts of fat. Maybe he even watches exercise videos, like regular people.

It’s a good thing he follows an exercise routine, because the singer seemingly eats whatever he wants. He is known to replenish himself after a workout session with Gatorade and Luna bars. Other favorite foods of his include barbecued chicken pizza, chicken cutlets with mayo, and chocolate marshmallow ice cream.

That’s certainly a lot of processed food, restaurant food, and fast food for a self-proclaimed exercise addict. However, sometimes Jonas consumes healthier choices while on the go, including a protein bar or cold-pressed green juice. He says he tries to eat healthy, but also thinks balance is important, especially if he’s in a city that’s known for a particular food or a great restaurant. For instance, while in New York City, he’ll order meunière, a delicious dish with brook trout, dried apricots, and sesame. Other New York favorites of his include Joe’s Pizza, Brigadeiro Bakery, and Black Iron Burger, where Jonas tends to order a turkey burger with avocado, but without the mayo, cheese, and bun.

Joe Jonas is more than just a talented singer and songwriter. He’s also been featured in TV and movies such as playing himself in Zoolander 2, Johnny Casino in the Grease Live TV special, and a guest-starring role in Angie Tribeca.