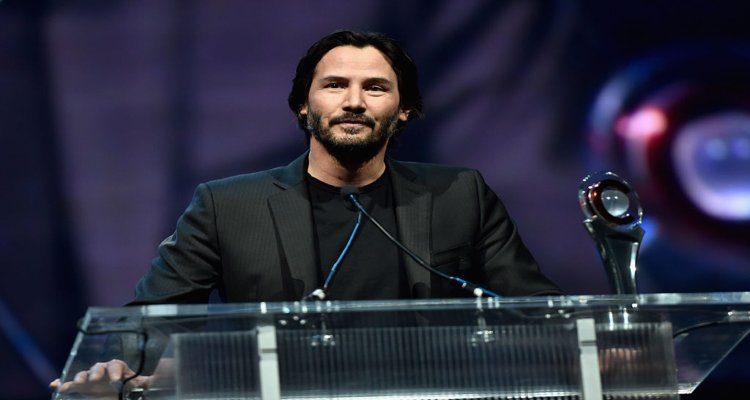 The movie also stars Ruby Rose, who plays one of the villains in the film. Both actors followed a very healthy lifestyle with an intense workout and diet to prepare for their respective roles.

Photos released from the film reveal that Keanu Reeves’ character may have a new sidekick, which is a pit bull. John Wick had taken the dog at the end of the first film and it joins him on the path of vengeance. Here is one of the photosfrom John Wick: Chapter 2:

How did Keanu Reeves and Ruby Rose prepare for John Wick: Chapter 2? Each actor is known to follow a particular diet and workout routine to help prepare for major roles like the John Wick sequel. Let’s take a look at the routines for each actor.

Although he’s now in his early 50s, Keanu Reeves is an action-star veteran with the body strength and agility similar to a younger actor. Reeves has also been featured in Point Break (1991), Speed (1994), The Matrix trilogy (1999 to 2003), and 2013 martial arts films, Man of Tai Chi and 47 Ronin, where Reeves was required to perform judo and jujitsu.
For the original John Wick, Reeves worked with Chad Stahelski and David Leitch from a stunt choreography studio called 87Eleven in Inglewood, California. Reeves also worked with the stunt team for the Matrix movies. For those films, Reeves’ workout routine included weightlifting and boxing training. Keanu Reeves diet included chicken, rice, vegetables, and pasta. His meals are always rich in carbs, protein, and healthy fats. Reeves also enjoys playing hockey and basketball in his spare time.

Rose works out at the gym five times a week and enjoys cardio and weightlifting exercises—she also likes playing soccer. As for her diet, Rose consumes a shake or juice with ginger or muesli with soy yogurt for breakfast. Lunch and dinner includes vegetarian meals like curries or soup. She also eats snacks like fruit or carrot sticks. She also reduced her alcohol and coffee intake with a raw vegan detox diet. Rose also avoids red meat and will supplement with Echinacea, vitamin C, zinc, and magnesium. She also likes peppermint and green tea, and some occasional chocolate.