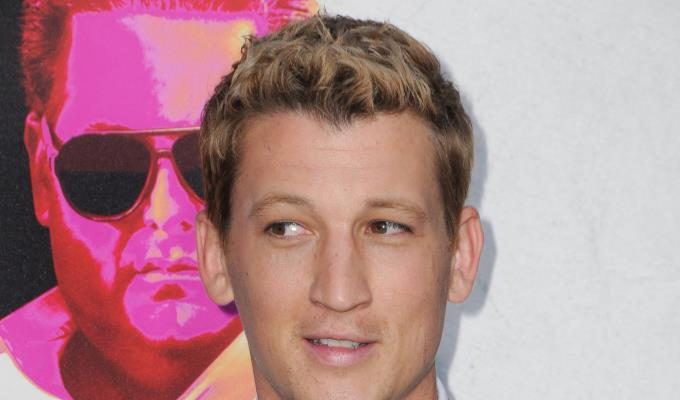 Jonah Hill may have been the star in War Dogs but Miles Teller is the big dog in the upcoming film, Bleed for This.

Miles Teller Sheds 20 Pounds for “Bleed for This”

Before he took the role, Teller weighed in at 188 pounds and about 19 percent body fat—which is a healthy body composition, but nowhere close the lean, mean body of a pro boxer.

By adopting a strict diet and workout routine, teller was able to drop 20 pounds and lose 13 percent of his fat, ringing him in at 168 pounds and 6 percent fat by the time shooting started.

The ones who bring the American Dream to the big screen. #WarDogs #Premiere @JonahHill @Miles_Teller pic.twitter.com/SOTKwvqPrL

That’s a huge transformation that takes time, dedication and some serious lifestyle changes. In all, the process took him about 8 months.

Getting down to 6 percent body fat is a big challenge for anybody, and maintaining it is even harder. On top of that, you want to make sure you’re eating enough to maintain the muscle you’re tying to show off.

To accomplish this, Teller’s diet was a high-protein, low carbohydrate diet. He gave up bread, alcohol, refined sugars and other food that easily turns to fat.

Getting that lean means you need to be smart with your calories, making each one count. To build and hold onto muscle while losing fat, Teller’s diet included items like:

He was likely eating every 2-3 hours to keep his metabolism reviving so he could burn even more calories from the thermic effect of food.

Boxer Workouts to Get Ripped

Along with putting in his reps at the gym to add detail to his lean frame, Teller was also working with legendary boxing trainer Freddie Roach to teach him the tools of the trade.

These workouts involved plenty of high-octane cardio sessions like jumping rope, hitting the bag and sparring, which increased Teller’s fat loss along with his cardiovascular endurance. Boxing is one of the best full-body workouts you can get—trust me, hitting a heavy bag as hard as you can gets tiring after only a few swings!

It doesn’t mean anything if you can’t share it with the ones closest to you. Thanks @estrellasunset #Florida pic.twitter.com/nGll44B1XF

If you want to start cutting fat, the key is to eat a high-protein diet, plenty of vegetables and cut out “empty” calories like refined grains, sugars, junk food and alcohol.

Adopting an exercise regimen to help burn calories and build muscle can also help with fat loss, as muscle itself helps shed fat. Don’t expect results over night, though. If you stay focused and execute properly, you can have some great results in a few short months.