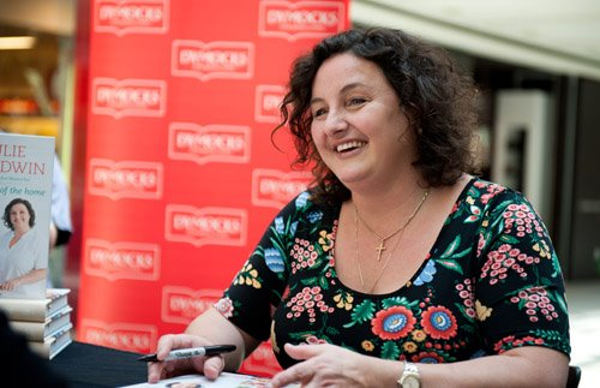 To win the MasterChef Australia season 1 title, Julie Goodwin competed with Poh Ling Yeow in the final three rounds. The first challenge included a Taste Test where both contestants had to taste a dish made by Gary and find the ingredients. Goodwin guessed 12 ingredients correctly and won the first round.

The second challenge was the Invention Test that required using chicken as a core ingredient. And, lastly, the third round was the Pressure Test where they both had to prepare an exquisite chocolate dish shown by Matt Moran. Goodwin beat Yeow by seven points at the end of the third round.

Goodwin says that winning the MasterChef title has changed her life. Her life is very busy since then but is pretty good. MasterChef has helped her crystallize her vision.

She also says that the passion with which you create shows in how the meal tastes. MasterChef has helped Goodwin bring many of her dreams to life. She says that she feels blessed to be a part of the show.

Goodwin used to cook with her mom. She was aware that to eat good food, she would have to learn to cook well. Goodwin says she finds food inspiration everywhere—when visiting friends, reading books or magazines, traveling, or talking with other food lovers.

Goodwin loves experimenting with a variety of techniques and ingredients. She says if you don’t experiment, you will not come out of your comfort zone. She says that good food doesn’t need to be fancy like those made by celebrity chefs. Food made in a simple way can also taste good if you follow a few tips.

She has written six cookbooks. Her first book, Our Family Table, is one of Australia’s best-selling cookbooks ever. Her latest cookbook, Julie Goodwin’s Essential Cookbook, has awesome tips and delicious, simple. The book includes more than 300 recipes.

Goodwin is a regular columnist for The Australian Women’s Weekly. She also runs a cooking school and co-hosts a breakfast radio show on the Central Coast.

Julie Goodwin’s weight loss brought her to the limelight last year. She lost 20 kilograms without dieting or working out. Goodwin said that playing an active role in setting up her cooking school led to a hectic schedule, which helped her lose weight. She says she has been working hard and is also avoiding processed foods.

Like most other MasterChef Australia winners and contestants, Julie Goodwin could also make it big in the food industry. Perhaps, the season 9 contestants will also find opportunities in the industry and carve a niche for themselves. The exact air date of MasterChef Australia season 9 hasn’t been confirmed yet, but the show may return to the screens in May 2017.