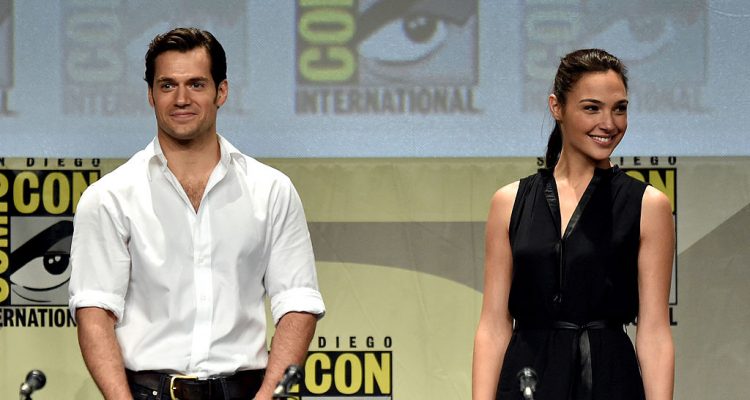 Justice League comes out next year on Nov. 17, and fans have been waiting a long time for this movie. But the actors taking on superheroes Superman, Aquaman, and Wonder Woman have been working hard for a long time before and during filming of the movie so they could have bodies that are fit to be called superhero worthy. That kind of physique takes dedication and stamina.

Henry Cavill, Jason Momoa, and Gal Gadot are all in Justice League and all underwent intense physical training (and diets) to ensure their bodies met the standard needed to portray a superhero convincingly.

Weight training and full body workouts were definitely on the list for these three, and it shows when they don their unforgiving superhero outfits.

Henry Cavill looks good with a toned and chiseled body in his role as Superman. This is a result of his intense workout. Mark Twight, the trainer of the cast of 300, designed the extreme fitness regime for Cavill. Twight believes in a personalized approach for training. Cavill’s workout with Twight at Gym Jones helped him with his fitness.

Fitness for Twight means both strength and conditioning and strength of character. Cavill’s fitness journey mirrors his grit and determination. You can see his well-toned body in Man of Steel. Cavill extended his toned looks in Batman v Superman.

Cavill revealed in Shortlist Magazine how he put on muscle mass. He achieved his well-toned body by rigorous training for two-and-a-half hours daily. He kept pushing his body to limits. Here is a video where Cavill shares his training experience with Twight.

Jason Momoa, Aquaman from Justice League, Shows Off His Incredible Abs to Celebrate Movie’s Wrap Up

Jason Momoa, Aquaman from Justice League, shows off his amazing abs to celebrate the movie’s wrap up. Seriously, it’s a sight to see! And Momoa has a lot to be proud of when it comes to his chiseled body.

Although he was unable to make the live party for the wrap of the film, he made up for it by sending a shout out to the cast and crew instead. The 37-year-old actor isn’t shy when it comes to sharing shirtless workout pictures, so let’s find out how he stays fit.

Justice League is set to hit theaters in 2017, and the countdown has officially begun. The first trailer for the film debuted in July of this year. The film, which is directed by Zach Snyder, stars other famous celebrities including Ben Affleck and Henry Cavill who will resume their roles as Batman and Superman. The cast also includes superstars Gal Gadot as Wonder Woman and Ezra Miller as the Flash. It also stars Ray Fisher as Cyborg.

Actress Gal Gadot has an incredibly fit body and toned legs, and she showed them off on Instagram this past week in a shot of her relaxing on a Saturday.

The Wonder Woman actress first hit movie screens as Gisele in the Fast and the Furious franchise, but it’s her role in Batman v Superman: Dawn of Justice that really increased her popularity. You can currently catch her in theaters in Keeping Up with the Joneses, which also stars Jon Hamm and Isla Fisher.

Gadot has always been an active person, with fitness being a huge part of her day to day life, but she has said that her workouts have recently ramped up now that she has committed to her role as Wonder Woman.

Gal Gadot’s workout routine is rigorous and she is disciplined, which is all thanks in part to her military experience when she lived in Israel. She was also a gym trainer at one of the bases.

Miss Israel 2004 has said that her desire to stay fit comes from her childhood experiences where she was constantly busy playing ball outside in the yard, or tennis, basketball, volleyball, and dodgeball.

Getting a superhero body is a job in and of itself, and these celebs train for hours a day, sometimes every day. Bulking up and creating muscle takes time, so they have to start training literally as soon as the ink is dry on the contract.

Their diets are impacted as well and mostly involve lots of clean protein and fruits and vegetables. They can “carb up” with good carbs because they burn it off in workouts. Their workouts aren’t for us mere mortals, but if you want a superhero bod, have at it—just plan to sweat like a beast…and maybe eat like one too!