Home > Celebrity Diets > Justin Timberlake, Jessica Biel, Hottest Couple at Critics’ Choice Awards: So What Do They Eat to Stay in Shape? 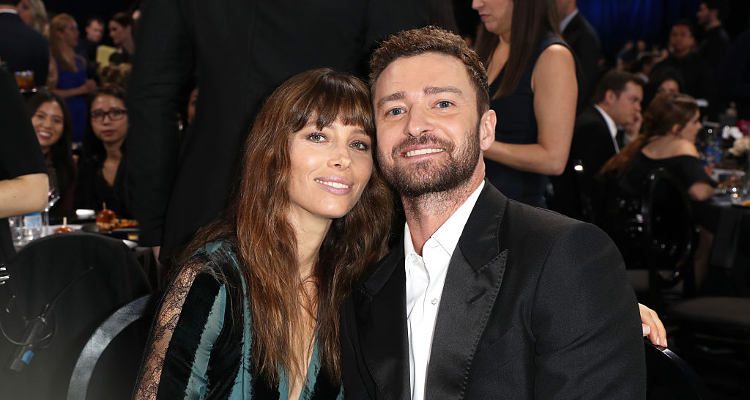 The 22nd Critics’ Choice Awards were at the Barker Hangar in Los Angeles, California on Sunday, Dec. 11. Justin Timberlake and Jessica Biel were easily the hottest couple at the awards event.

The 34-year-old Biel looked stunning in an Elie Saab gown with a deep plunging neckline. The actress wore a floor-length dress with black and teal vertical stripes.

Biel’s husband Timberlake also looked at his best in a black suit with shiny lapels. The 35-year-old also wore a crisp white shirt minus a tie, as the singer and actor escorted his wife to the awards ceremony.

Timberlake, a former NSYNC boy band member, also sported a thin beard. Timberlake was nominated at the Critics’ Choice Awards in the Best Song category for the tune “Can’t Stop The Feeling” from the Trolls soundtrack. Timberlake also voiced the character Branch in the Trolls movie.

“City of Stars” from the movie La La Land took home the best song award. Justin Timberlake also took to the stage to present the award for Best Acting Ensemble to Moonlight.

Justin Timberlake was previously nominated for a Critics’ Choice Award for Best Song in 2013 for “Please Mr. Kennedy” from Inside Llewyn Davis. He also earned a nomination in the Best Acting Ensemble category for The Social Network (2011).

Timberlake also scores the music for the upcoming film The Book of Love, which stars his wife Jessica Biel, Maisie Williams, Jason Sudeikis, and Mary Steenburgen. The movie will be released to theaters for a limited time on January 13, 2017.

Jessica Biel and Justin Timberlake have been together since 2007 and married in 2012. The couple also has a one-year-old son named Silas. It takes a lot of hard work to have Justin Timberlake and Jessica Biel looking at their best. Let’s take a brief look at the health regimens of one of the hottest couples in Hollywood.

Justin Timberlake is a Hollywood A-list celebrity that has made it big in the music industry and as an actor. The pop music icon has also appeared in films like Alpha Dog (2006), The Social Network (2010), In Time (2011), and Friends with Benefits (2011).

Timberlake has an impressive workout and diet that have the star always in good shape. His physique is considered well-proportioned and not too muscular or too lean. Timberlake’s physique is a good example of what most men want in a body. They want to be in good shape, but don’t want to be too bulky.

Timberlake not only exercises at the gym, but also enjoys dancing and participating in sports. He also has defined abs due to an intense gymnastic-style workout. He will work out four to five times weekly. His exercises will include basketball, crunches, and cardio workouts.

As for his diet, Justin Timberlake reportedly consumes five meals daily to help give him energy throughout his day. He also drinks plenty of water to keep him well hydrated. He avoids eating junk food as well.

Timberlake’s snacks throughout his day include four slices of brown bread, six boiled eggs, a glass of milk, and a protein shake.

Jessica Biel has some workout and diet secrets of her own. The actress works out with celebrity trainer Jason Walsh. Her workout routine will combine yoga, cardio, sprinting, and lunges.

For each workout, Biel will begin with walking lunges to help stretch her leg and glute muscles. For core exercises, Biel will perform seated Russian twists with a five-pound medicine ball.

For breakfast, Biel may eat whole grain bread French toast with egg whites and cinnamon. Lunch may be a sweet potato tuna melt. Dinner may be spaghetti squash and turkey or chicken meatballs. Her snacks include a mixed berry protein shake or hummus with celery sticks. She also gives herself one cheat day per week. She also eats fermented vegetables, which help her skin and digestion.

Jessica Biel and husband Justin Timberlake clearly look incredible, and are very prepared to walk down other red carpets during award season. The couple definitely has the diet and workout routines that will keep them looking their best.