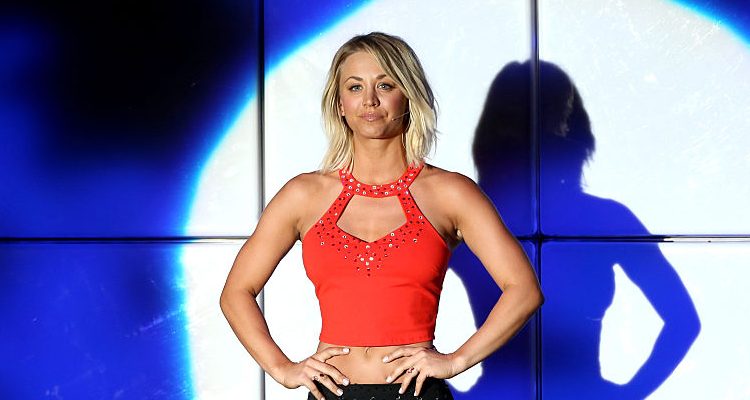 If there’s one thing actress Kaley Cuoco loves to do, it is horseback riding. On Wednesday, the Big Bang Theory star was photographed horse riding with her equestrian boyfriend Karl Cook. The two enjoyed a ride in Los Angeles.

Kaley Cuoco leads a very healthy lifestyle that includes a lot of exercise and physical activity, and she has some of the best abs in the business to show for her efforts. The actress is in a new relationship with Karl Cook, an equestrian, whom she met at a horse show.

Horseback riding is one of her absolutely favorite activities and forms of workouts, and is a part of her healthy lifestyle. Most days after shooting for the sitcom, she heads to the stables to spend time with her horse, Falcon.

She says it is the perfect combination of a mental and physical workout because after an hour of riding she is exhausted, and her legs and core are sore. It turns out that it’s also a great abs workout. She tries to get an hour ride in four times a week, and will sometimes go with Cook.

But she also loves yoga. In an interview with Entertainment Tonight in February, Cuoco said that “I only go to yoga to drink wine, so I’m good. I just throw the calories right back in.” She loves hot yoga above all forms of the practice and gives credit to the regular practice for her physique. “Yoga is the secret,” she told ET. “Yoga is the reason that I have been [looking great]. It has done everything, mentally and physically.”

After her horse riding session, Cuoco will then follow-up with a gym workout, but because she’s tired of the regular gym scenario, she has switched to doing spinning classes, and tries to get to those classes three times a week. She loves spinning classes so much that she gets there early and is one of the first to get in the studio. Doing something she loves really helps her stay motivated.

One of her favorite abs exercises to do at the gym is a circuit using a BOSU ball, where she does sit-ups to squat jumps and plank jumping jacks.

Even though the actress follows a healthy diet, she does have a strong daily craving for diet cola. She is trying to limit her cola intake, as she used to drink four a day—having them only as a treat has helped her appreciate it more.

Most of the food she eats she makes at home herself with fresh ingredients bought at Whole Foods. One of her favorite breakfasts is a simple medley of granola, fruit, and skimmed milk. For the most part, she avoids white rice, white potatoes, and white flour.

These days, Cuoco can’t get enough of the 6-inch vegetarian whole-wheat sandwich from Subway. She says she picks one up after her spinning class and piles jalapenos and onions on it. It’s what she calls her default meal because she knows exactly how many calories are in it—260.