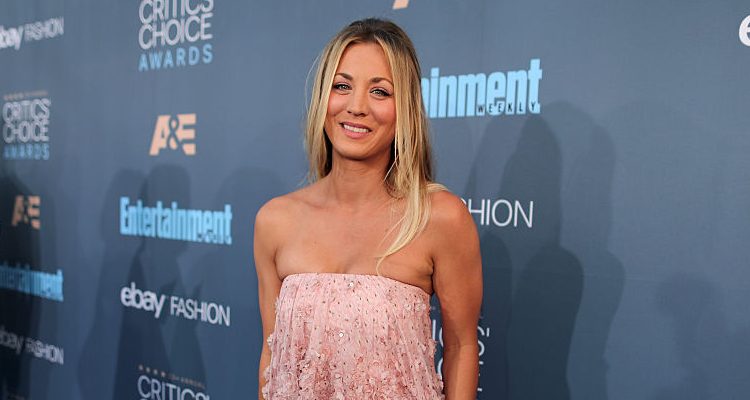 The Critics’ Choice Awards were this past weekend and many stars came out looking fabulous, including Kaley Cuoco, Justin Timberlake and wife Jessica Biel, and Bryce Dallas Howard. The stars looked fantastic and fit in their glamorous outfits, showing that eating right and exercising regularly do pay off.

Getting fit requires a commitment to regular exercise, which can be anything under the sun as long as it is consistent and works the body. Yoga, horseback riding , cardio workouts, ab workouts, all of these get the body moving and strong. Take a look below to see what these celebrities do to get their awesome physiques.

Kaley Cuoco works out three times a week for one and a half hours. Her trainer, George C. King, reveals her workout secrets. He says Cuoco’s routine includes three to six different exercises or circuits. Her sample workout plan includes 10 reps of close-grip push-ups, 30 seconds of planks, 20 seconds of mountain climbers, and 15 reps of squat jumps.

She targets her abs, arms, and butt. Her workouts for perfectly toned abs and arms include hanging knee lifts, sit-ups, standing barbell curls or elbow planks, triceps dips, and push-ups on either a bench or a stability ball. She does 10 to 12 reps of the above exercises. Her favorite abs exercises involves a BOSU Ball, sit-ups to squat jumps, alternating prone dumbbell tricep kickbacks, and plank jumping jacks.

For toning her legs, she does leg step-ups on a bench, single-leg dumbbell stiff-leg deadlifts, isometric squat holds, and uses elliptical machine. She does 10 reps of each of the above exercises. For building and toning core muscles and reliving stress, she incorporated spinning in her routine and goes to spinning classes three times a week. Spinning helps to build muscles in the butt, thigh, calves, and core. She also loves yoga.

Justin Timberlake, Jessica Biel, Hottest Couple at Critics’ Choice Awards: So What Do They Eat to Stay in Shape?

Justin Timberlake is a Hollywood A-list celebrity that has made it big in the music industry and as an actor. His physique is considered well-proportioned and not too muscular or too lean. Timberlake’s physique is a good example of what most men want in a body. They want to be in good shape, but don’t want to be too bulky.

Timberlake not only exercises at the gym, but also enjoys dancing and participating in sports. He also has defined abs due to an intense gymnastic-style workout. He will work out four to five times weekly. His exercises will include basketball, crunches, and cardio workouts.

Jessica Biel has some workout and diet secrets of her own. The actress works out with celebrity trainer Jason Walsh. Her workout routine will combine yoga, cardio, sprinting, and lunges making for a full body workout.

For each workout, Biel will begin with walking lunges to help stretch her leg and glute muscles. For core exercises, Biel will perform seated Russian twists with a five-pound medicine ball.

To achieve her own slim figure, Howard follows a healthy diet. As a mother of two, Howard managed to lose the weight twice and look amazing both times, but she currently loves her size 6 figure.

As for her diet, breakfast is a large part, and she ensures she never skips it. Her other meals include cheese, proteins, and other favorites, and the star has admitted that she doesn’t necessarily adhere to a specific diet, she just makes healthy choices that work for her without depriving herself.

When Howard starred in Jurassic World, she had plenty of training to do in order to run away from dinosaurs in heels – not the wisest choice, but that’s what producers and the director wanted. To ensure she could manage, Howard trained her legs and strengthened her leg and calf muscles. This involved plenty of calf raises and squats; she wanted to ensure she had very strong ankles so as not to injure herself.

Although she achieved that goal, she realized halfway through filming that she was neglecting other parts of her body. Therefore, she switched up her routines from lower-body specific to full-body workouts. To make the switch, she relied on co-star Chris Pratt for workout advice.