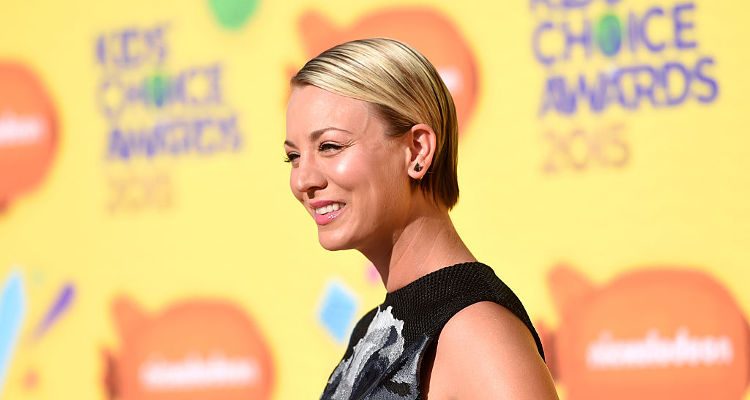 Kaley Cuoco, who plays Penny, in the popular CBS sitcom The Big Bang Theory is rumored to exit the show. There are endless rumors on the storyline. Whether Cuoco is upset with a pregnancy plot giving more attention to co-star Melissa Rauch playing Bernadette is not known.

While the future of the popular sitcom is still being discussed, Cuoco focuses on healthy food and workout. For a cover shoot in Shape magazine she shared, “I’ve never worked so hard to look good for something in my entire career. But I didn’t starve or kill myself with exercise. I went slowly, and it paid off.” The actress works hard to maintain her super fit body and steers away from unhealthy foods. What are her fitness secrets?

The actress claims that following an exercise routine and healthy eating habits help her stay in shape. It is said that Cuoco has been riding horses since she was a 15-year-old. She enjoys horse riding and even owns a horse named Falcon. “It’s the perfect combination of mental and physical layout,” she told the magazine.

She likes hitting the gym for exercises, and includes spinning classes (Stationary indoor cycling workout) when she get gets bored. Spinning helps in achieving a perfect body, as it helps in building butt, calves, thigh, and core muscles.

She practices yoga five times a week and heads to CorePower Yoga for her sessions. She confesses that Yoga has helped her with her toned and muscled looks. She also claims that Hot Power Fusion sessions are good for burning calories. When she is not taking Hot Power Fusion sessions, she takes the Yoga sculpt class, which includes jumping jacks or mountain climbing, between the poses.

The actress tries to maintain balance, eating healthy foods and working out to complement her fitness. While there are no favorite food declarations from the actress, it is reported that she prefers vegetarian food. Cuoco likes self-cooked food and is a big fan of diet cola. Instead of having a dessert, she could drink diet cola. “Putting a limit on how often I can drink it has helped me appreciate it more,” she said.

Her breakfast consists of skimmed milk, Granola, and fruits. After her spinning sessions, she prefers a Subway sandwich (adding jalapenos and onions to make it more spicy). She also prefers having a healthy dinner.

Steering away from unhealthy foods, which she calls as “mindless eating”, has kept candy, soda, chips, and cereals away from her diet. She shared with Shape, “I have to have a cheat day,” and for her, this would include having a drink and eating a pizza on a Sunday.

There is a lot to learn on fitness from The Big Bang Theory actress. It helps to focus on workouts and healthy foods, and rise above churning rumors.