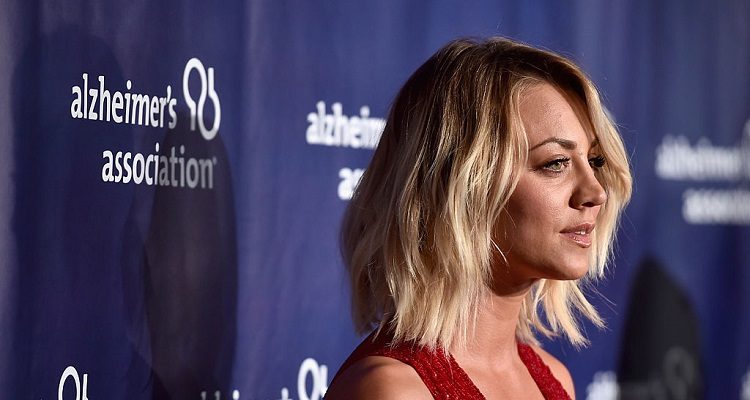 Kaley Cuoco, star of The Big Bang Theory, loves yoga—and really likes washing it down with a nice glass of wine. And likely, preferably in the company of her boyfriend, Karl Cook.

The star told ET the secret to her trim figure and tight abs is yoga because of how it feels. But hey, to each their own. Upon closer inspection—and a professional knowledge that yoga won’t provide a lean, ripped physique on it’s own—it seems that Cuoco is doing much more than stretches to achieve her body.

Taking a Total Approach to Fitness

Along with yoga, Cuoco also works out with a trainer up to three times per week to get in shape for filming. According to an interview in Shape, her trainer George C. King said the workouts typically last about an hour and half and are made up of intense circuits. Each workout involves three to six different exercises or circuits, typically focused on working the whole body. This helps to burn more total calories, keep the metabolism moving faster, and make the workouts more fun. So instead of having a day where Cuoco would focus on only her arms, back, or legs, she might hit them all with full-body, compound movements each workout.

In the Shape interview, Clark outlines a sample workout that Cuoco would do. So it might start off with 10 reps of close-grip push-ups, 30 seconds of planks, 20 seconds of mountain climbers and 15 reps of squat jumps—moving between each exercise without a break, completed three times. After the third round, there would be a two-minute break, and then she’d complete another three rounds of the circuit.

It might not come as a huge surprise that Cuoco loves working on her abs, and Clark told Shape she does a lot of abs exercises. He said one of her favorites is BOSU ball sit-ups. When doing abs workouts, it’s important to remember to use your abs—not your lower back or momentum—to raise your torso. When you get to the top of the rep, squeeze and hold the position of two seconds to make sure you get a good contraction.

Clark also told Shape that The Big Bang Theory star isn’t a big plan of diets or meal plans, but she does try and eat sensibly—especially when getting ready to film. During these periods, the goal is to limit refined carbs and grains and opt for brown rice, oats, and sweet potato instead of white rice, white potato, white bread and starchier options. Cuoco also doesn’t cut carbs completely, she just structures her intake. Her highest carb meal would typically be with breakfast, then eating less with each successive meal throughout the day, likely avoiding them in the evening.