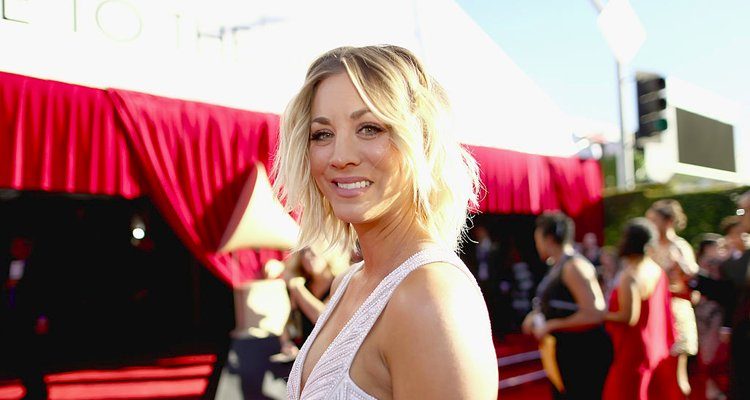 You might have heard of a couple bonding over coffee but did you ever hear about a couple bonding over their love of horses? If you have not, here is one—Kaley Cuoco and Karl Cook. The duo soon started dating after they met. Cuoco celebrated her 31st birthday on Wednesday by going out for dinner with boyfriend, Cook.

The Hollywood star looked fit in a black leather jacket paired with leather pants showing her toned legs. The Big Bang Theory star enjoys vegan food and loves to prepare vegan dishes. Lets peek into her past and current lifestyle.

Cuoco and her former husband indulged on candies before bedtime without thinking about the huge amount of calories they were consuming. She also drank a lot of soda and ate chips, cereal, and the junk food. She cooked greasy delicious meals for her husband and enjoyed indulging in them as well—without considering the after effects. She never thought about the hundreds of calories she was consuming.

“I’m the type of girl who’s always had to buy jeans in three sizes because I never know what my body is going to do from one day to the next,” The Big Bang Theory star told Shape.

Cuoco says it is necessary to find out what your body needs and the things that work for others, may not work for you. She never worked out hard nor did she adopt starvation diets. She eventually tried to get in shape.

The actress now eats healthy for the most part. She makes gluten-free pasta with vegan butter and veggies. However, once a week she treats herself to pizza and drinks.

She credits her fit and lean body to yoga which she does five times a week. To burn calories, she takes hot power fusion classes, and sometimes she takes yoga sculpt classes where she wears three-pound weights during yoga moves. Between the poses, the sculpt classes also include 20 seconds of jumping jacks which is a great cardio.

She also rides horses five days a week. She tells Shape she has six horses. “Horseback riding is why I’m so centered, especially in this business. I wouldn’t have my career without it.”

“It doesn’t sound like a lot, but I lost six pounds in the last three months,” Cuoco told Shape. “That’s a whole jeans size, and we all know how good that feels!”

After consistent workouts and a healthy diet, Kaley Cuoco says she feels positive when she looks into the mirror. She doesn’t want to fall back into an unhealthy lifestyle, as she experienced first hand what the results of that does to one’s body.