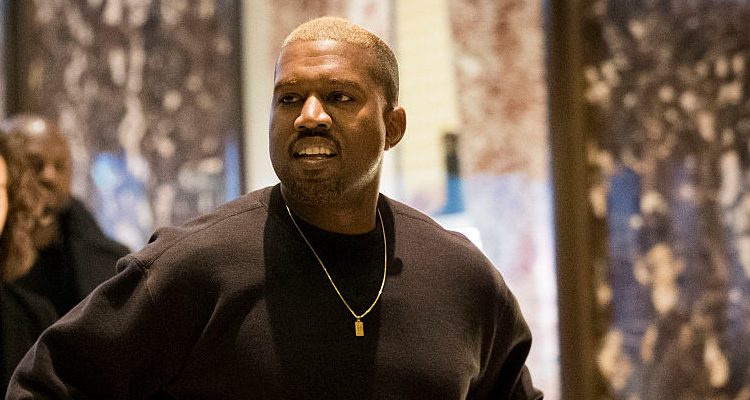 Kanye West was seen leaving an LA gym this past Tuesday in a rare appearance since his reported mental breakdown just one month ago. The rapper seemed to be in good spirits as he walked through the gym’s garage, and when asked about New Year’s resolutions, his answer was simple: “I just want everybody to be happy,” and that includes himself. While he is still recovering from the sleep deprivation and exhaustion that hospitalized him last month, West is currently back home and surrounding himself with his support system of family and friends.

Kanye West’s fitness, both mental and physical, must be treated as a priority in order for the Grammy winner to be able to return to work safely, so it is a good sign that he’s been working out and looking after his body. The video shows West with personal trainer Don-A-Matrix (who also works with Khloe and Kourtney Kardashian), as well as two other friends carrying basketballs. He tells the camera that he had a good workout and wishes the paparazzi well as he heads off, sporting a rare smile.

Since October, things haven’t been easy for the music superstar. Wife Kim Kardashian was robbed at gunpoint in her Paris hotel room while he was on the road for his Saint Pablo tour, and while he rushed to her side the moment he heard, it was obviously a very stressful and traumatizing event for the couple.

November 10, 2016 marked the nine-year anniversary of West’s mother’s death. West and his mother Donda were very close, and he reportedly has a difficult time each November when he is reminded of her passing. He was hospitalized and placed under psychiatric evaluation at the UCLA Medical Center on November 22.

While there is no quick fix to for the symptoms that had West in hospital, a promising sign that he is on the mend is the photo he posted to his Twitter account on December 27. The picture is of him and his wife, Kim Kardashian, posing in front of a Christmas tree with their two children North West (3) and Saint West(1).

The photo was snapped at the Kardashian family’s annual Christmas party, and is captioned “Happy Holidays,” adding to the hope that he is beginning to get better.

Kardashian has been a strong support at Kanye’s side throughout everything, despite rumors that their marriage is on the rocks, and this picture shows that they are still together as a strong familial unit.

Kanye West has definitely had a difficult end to 2016. Between the frightening robbery endured by his wife Kim Kardashian and his hospitalization at the end of November, I’m sure he’s more than ready to start fresh this coming New Year. It seems West is approaching 2017 with a wonderfully positive outlook, so here’s hoping the star gets back to his healthy self soon.