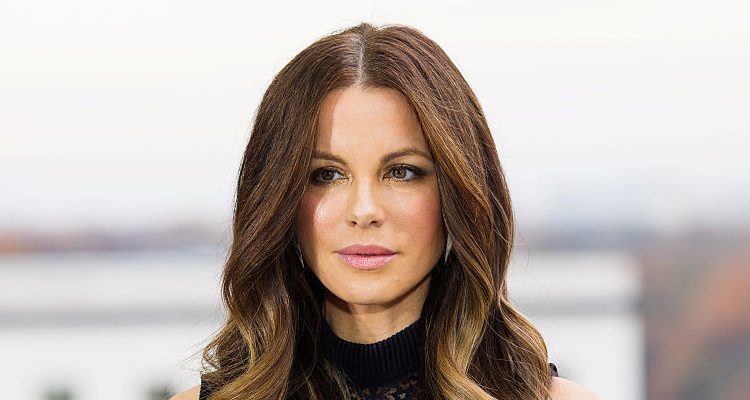 Stunning actress Kate Beckinsale looked like perfection while promoting her new film, Underworld: Blood Wars, with her hunky co-star Theo James. The film is directed by Anna Foerster. Beckinsale’s character Selene is a dark heroine who is flying into action during many scenes. The film will be released on January 6, 2017. Be sure to check it out!

Theo wouldn't open his eyes in the photo unless I said "THEO IS LIKE A FURRY BUNNY", and I wouldn't say it and this here is a standoff

Here is a look into the Kate Beckinsale diet and workout.

Kate Beckinsale: How She Fits Into the Iconic Cat Suit

According to sources, Kate Beckinsale is more than happy to share her fitness secrets with all of her fans. She revealed that there is a specific method she follows in order to fit into her cat suit. The secret is that she maintains a very specific weight. She expresses that although there is a downside to being over-weight in the suit, there is an equally unpleasant effect when under-weight. Beckinsale says that she doesn’t want to be super skinny.

She also went on to explain that when she is in “cat suit mode,” she actually eats more. This is also because she is working very hard during her gym sessions. Although the extent and details of her workouts are unknown, it’s not a stretch to assume that the actress may be doing a combination of cardio and strength training exercises. She likely does not want to “bulk up” in any way, but wants to maintain her curves while still looking lean and strong.

She likens trying on her cat suit to putting on her wedding dress every five years or so, which can feel like pressure. The pressure does exist for her, though, as she maintains that looking unchanged from the Underworld film in 2003 gives her concern. There are tons of body shamers, and social media makes it easy for anyone to express their opinion, unkind or not. So her concerns are legitimate.

Kate Beckinsale follows a regular workout regimen on a daily basis – she doesn’t go into shocking her body. She is used to exercising very regularly; however, when preparing for the film she may have done a little extra, as she knows she’s under extra pressure. This doesn’t mean that Beckinsale is naturally athletic. In fact, she revealed that she much preferred arts and creativity over sports growing up.

She understands how it can be hard for a woman’s body to be under a microscope the way it is in films; however, she credits her confidence to a sense of mastery over her body and pride in her strength – all the exercising that she consistently does helps her withstand that stuff. She is also very pleased to be in a leading female role in an action film. She believes more strong female lead roles will help empower younger women, including her own daughter, who is still young.

At 43 years old, Kate Beckinsale proves that you can look ageless. Although her exact diet plan is unknown, it’s not a stretch to assume that she follows a healthy diet plan filled with whole, fresh foods, lean proteins, veggies and fruit. She may also avoid junk foods, sugar and unhealthy fats. This would be an excellent complement to her daily workout routine.

We made it. And to be fair,Theo IS a furry bunny

Bullock, A., “’I eat more in catsuit mode or I’d never get through the gym sessions’: Kate Beckinsale explains her workout routine for reprising her character in the Underworld movies” Daily Mail website; November, 28, 2016; http://www.dailymail.co.uk/tvshowbiz/article-3975864/Kate-Beckinsale-explains-workout-routine-reprising-character-Underworld-movies.html; last accessed December 21, 2016.