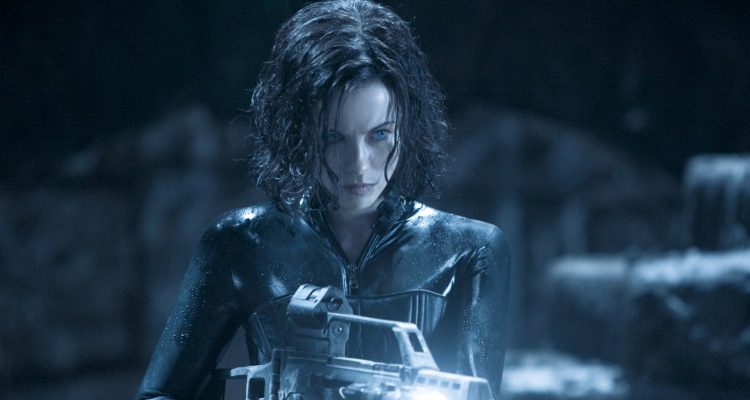 Stunning and super fit Kate Beckinsale will reprise her role as Selene in the upcoming action-horror film, Underworld: Blood Wars. This is the fifth installment of the Underworld franchise, which is directed by
Anna Foerster, and is expected to release on January 6, 2017 by Screen Gems.

Beckinsale (aka Selene) plays the role of a Death Dealer and is a Vampire-Corvinus Strain Hybrid. She attempts to end the eternal war between the lycans and the vampires in the film. While fans are eagerly awaiting the release of the upcoming film, Beckinsale’s recent Instagram post asking fans to look out for the trailer tomorrow is something to watch out for. She says, “Going after some monsters …. Stand by for a new @underworldmovie trailer tomorrow.”

Going after some monsters …. Stand by for a new @underworldmovie trailer tomorrow

Underworld fans are sure to stay tuned in for the release of the official trailer tomorrow. Meanwhile, there is an international teaser of the fifth installment on YouTube. The video mostly has old footage, but shows some previous unseen shots of Beckinsale.

Beckinsale looks incredibly fit as the Death Dealer. What are her fitness secrets? Keep reading to find out.

The actress required a super fit body for her Death Dealer role. She also needed to don leather catsuits that would accentuate her curvy body. Beckinsale worked hard to maintain her curves through an intense workout. Celebrity trainer and fitness expert, Ramona Braganza, helped transform her figure.

The actress likes workouts with yoga-inspired moves, and followed the 3-2-1 Training Method. This involves three segments of cardio exercises (lasting around 30 minutes), two circuits of strength training, and one core strengthening and stability exercises.

She also performed yoga-training sessions which helped increase flexibility and core strength. She was trained by Mandy Ingber for effective yoga posture. To sharpen her fighting skills, she included a boxing and martial arts training routine.

Beckinsale followed a diet plan which complimented her workout routine. She also had a chef while filming who prepared her meals according to Braganza’s healthy 3-2-1 Nutrition Plan. It includes three meals, two snacks, and one liter of water a day. This helped to boost metabolism and promoted her to eat often, but with smaller meals.

To achieve reduced body fat and lean muscle, the actress followed a zone diet that was designed by her trainer. She is reported to have a diet which consisted of lean meats (for protein), vegetables, and complex carbohydrates. She also focused on eating clean and consumed organic foods.

A typical diet regime for her starts with a breakfast consisting of hard-boiled eggs or an omelet with onion and tomato, and oatmeal. Lunch would include chicken or a veggie wrap, mixed vegetable soup, and steamed brown rice. Her dinner may consist of grilled fish, chicken or turkey, and beans. For snacks she would have popcorn, kale chips, hummus, and walnuts.

Stay tuned in for the release of the Underworld: Blood Wars trailer. To achieve an amazing super fit body like Kate Beckinsale, give her fitness regime a try.