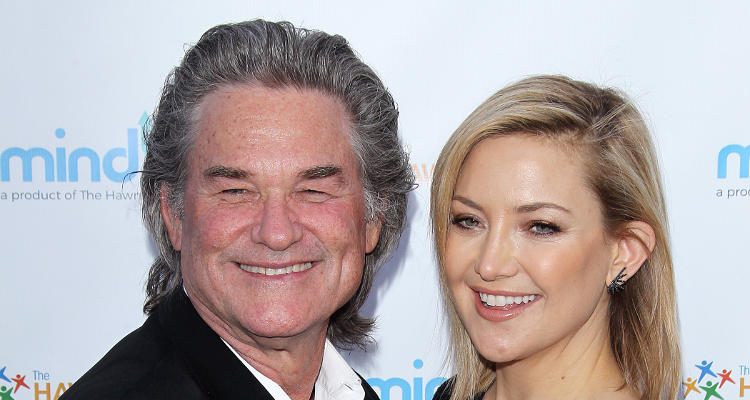 OK, do we love Kate Hudson or what? The fiery and spirited actress is usually the one making headlines, but now it’s her super fit stepdad Kurt Russell, who is gracing the cover of GQ magazine to promote his upcoming film, Deepwater Horizon.

My Pa's GQ cover is ???! Nice one @gq ! Loved all the pics ? #DeepwaterHorizonMovie

The film is a drama thriller that is based on true events and showcases the lives involved in the 2010 oil rig explosion on the Gulf of Mexico. It’s known as one of the biggest manmade disasters in the world.

Due to the intense nature of the film, Kurt Russell was probably expected to be in the best shape of his life.

At 65 years of age, Russell is really rocking his fitness and can be respected for it. Let’s look at how he stays in shape.

Kurt Russell is known for being stoic, super cool and composed. He’s served as the beautiful Goldie Hawn’s partner for over three decades, and they were originally introduced on the set of 1968’s Original Family Band and starred together in Swing Shift and Overboard.

Russell was born in Massachusetts and grew up in Maine and California. His father, Bing Russell, was one of the stars of the popular show Bonanza, so Russell was accustomed to the spotlight at a young age.

His aspirations to become an actor began young and his debut on the big screen was in 1963. He also appeared in guest spots on popular shows of that era, including The Fugitive, Gilligan’s Island and Lost in Space.

What is so loveable about Kurt Russell? Perhaps it’s his simple philosophy when it comes to staying in great shape.

When asked about his fitness strategy by Men’s Fitness, the actor replied with a straightforward, albeit vague response. His strategy is not to overeat or overdrink – especially when he has to work. Simple enough, right?

Russell does have a great point – overeating means that you are eating too many calories, and if you’re not exercising, then those extra calories are not being burned away.

Alcohol consumption is one of the biggest causes of weight gain. Alcohol is converted into sugar by the liver and sugar turns into fat. Even though happy hour is fun times, it’s not exactly healthy times.

Water is a much better alternative when it comes to staying fit. It flushes out toxins and keeps your joints hydrated. Russell does enjoy eating meat and drinking wine, so it makes a lot of sense that he would cut down on these things when tending to his physique.

For physical activity and working out, Kurt Russell has been seen bike riding with his family – his partner Goldie Hawn, stepdaughter Kate Hudson and her son Ryder Hudson.

Cycling or bike riding is an excellent form of cardio and helps to shed excess weight and burn calories. Like other forms of cardio, it also builds endurance. He has also been seen walking with Hawn in their L.A neighborhood on occasion.

Be sure to catch Kurt Russell in his upcoming films in 2017 which include Fast 8 and Guardians of the Galaxy Vol. 2.