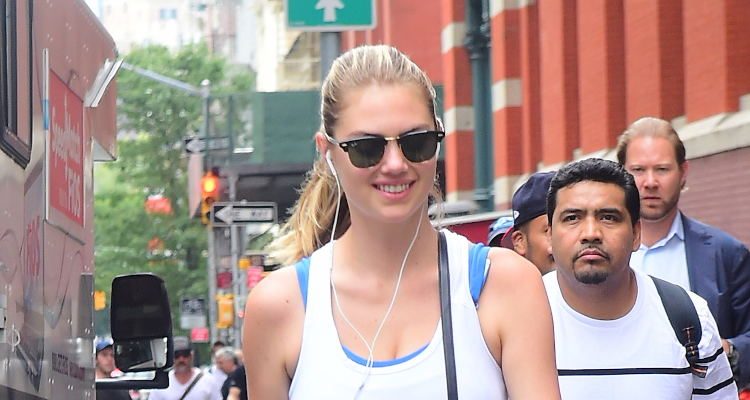 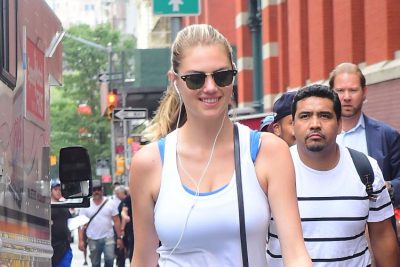 Supermodel Kate Upton was in attendance at the US Open 2016 along with her mother Shelley Upton and witnessed firsthand Stan Wawrinka beat Novak Djokovic.

Wawrinka has won all three Grand Slam finals he has played and is the oldest male winner of the US Open since Ken Rosewall in 1970 (he was 35). It is no surprise that this Michigan native and her mother are tennis fans.

The elder Upton is a former Texas state tennis champion! Kate Upton loves sports and has since she was young. Upton posted a picture of the two at the tennis competition.

What a great match! ? #usopen

When she was 12, Upton was scouted while riding horses and her accomplishments as an equestrian are just as impressive as those in her acting and modeling careers. Upton showed at the American Paint Horse Association and competed at a national level, winning three APHA Reserve World Championships and the 13-and-Under Western Riding, 14–18 Western Riding and a 13-and-Under Horsemanship.

Kate Upton also loves baseball, which she kinda has to now since she is engaged to Major League Baseball (MLB) pro Justin Verlander.

Upton has some incredible curves and had more before she started training hard over a year ago. She says that at the start of her career, and even well into it, people would always tell her to lose weight.

She did try to diet so she could attain the body she thought everyone else expected her to have, but then she realized it wasn’t realistic and stopped.

In her interview with Glamour magazine, the 24-year-old looked back on growing up in Florida where she says it was a great thing to have a curvy body to fill a bathing suit out with. Nevertheless, Upton says she still gets cruel comments on Instagram every day about her weight.

Upton has been posting videos of her hardcore workouts with trainer Ben Bruno over the past year. She credits the Los Angeles-based coach for her toned figure because she says he pushes her hard. Why the seemingly sudden change in her workout habits?

Upton says one day a couple of years ago, she realized she wanted to train to be strong and not to keep her hips at a certain size. Having a nice back side is also a plus for her, and she doesn’t care much if it is an inch over the industry standard.

Kate Upton likes to start her day with yoga and strength training exercises with Bruno. Over the past several months, the model has shed quite a few pounds and toned up considerably.

She likes to push herself at the gym and in every exercise routine she does, including weight training and cardio and the series of circuit exercises she does a couple times a week to build her endurance and strength. The treadmill and kickboxing are two other workouts she likes to do.