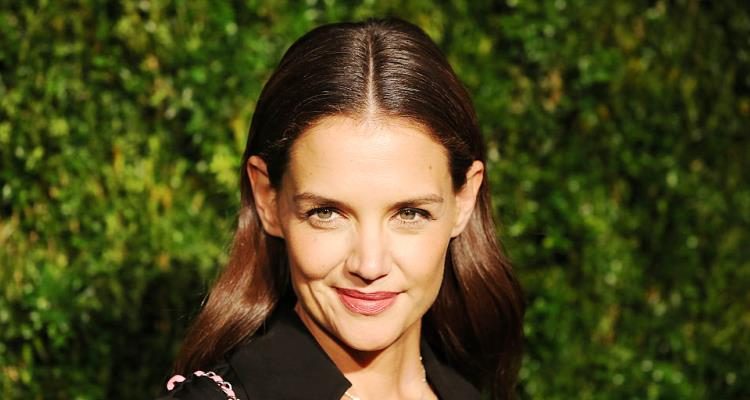 Katie Holmes is an actress known for her high-profile relationship to Tom Cruise, which ended in divorce in 2012. The 37-year-old Holmes is reportedly in another high-profile relationship. It is rumored that Holmes and actor and singer Jamie Foxx, 48, will get married in a secret and quiet wedding before Christmas Eve. Another report claims that the couple may instead get married in November if things go according to their plan. It is also rumored that the couple has even discussed eloping.

Earlier this year, OK! magazine reported that Katie Holmes and Jamie Foxx would soon make their first appearance as an engaged couple. However, Holmes is worried how Tom Cruise will handle the news, according to InTouch sources. One source alleged that Tom Cruise would likely delay a Foxx and Holmes wedding because Cruise simply doesn’t want another man in his daughter Suri’s life. It’s also been reported that Cruise would likely take a stand against Foxx possibly adopting Suri.

Holmes is rumored to have signed an agreement that prevents her from embarrassing Cruise in certain ways such as dating in a public manner for a five-year period and talking about him or the Church of Scientology. That being said, the Dawson’s Creek actress has also been linked to celebrities like Matthew Perry and Joshua Jackson. Since 2013, Foxx and Holmes have been romantically linked. The couple added to the speculation after being seen together at an August Barbra Streisand concert in New York City. The couple apparently figured there wasn’t a violation of the agreement because security would prevent any photos.

Holmes is still reportedly wearing an engagement ring and will likely get married to Foxx soon. Although Foxx and Holmes’ representatives have repeatedly denied wedding preparations, the couple’s close friends and acquaintances have maintained that they are very much together.

Katie Holmes has been in great shape since her divorce from Tom Cruise. She enjoys regular workouts like Pilates and Bikram yoga. Hot yoga is an excellent detoxification exercise with temperatures at 105 degrees Fahrenheit. Holmes also enjoys running, spinning classes, and a boot camp workout. She will exercise a minimum of four times weekly.

Holmes is also credited with buffed arms and legs with arm and thigh workouts. Her favorite recreational activities include skiing, playing basketball, and dancing. She will also go to the spa and massage sessions from time to time. Massage will increase blood circulation and enhance function to body organs.

Katie Holmes also consumes a very healthy and nutritious diet. She reportedly nourishes her body with lean protein, complex carbs, and high-fiber vegetables and fruits. Holmes is also said to consume the Paleo diet that mostly contains vegetables, meats, and some fruit. A high-protein and low-carb diet like the Paleo diet will increase muscle mass, boost metabolism, and reduce the risk of type 2 diabetes and inflammation.

Holmes will also incorporate low-calorie foods like carrot coup, broccoli, oat flakes, guacamole, lettuce, tofu, apples, tomatoes, and fish. She also avoids the consumption of coffee. From time to time she will also give into her sweet tooth with treats like cookies. She also stays hydrated with lots of water.