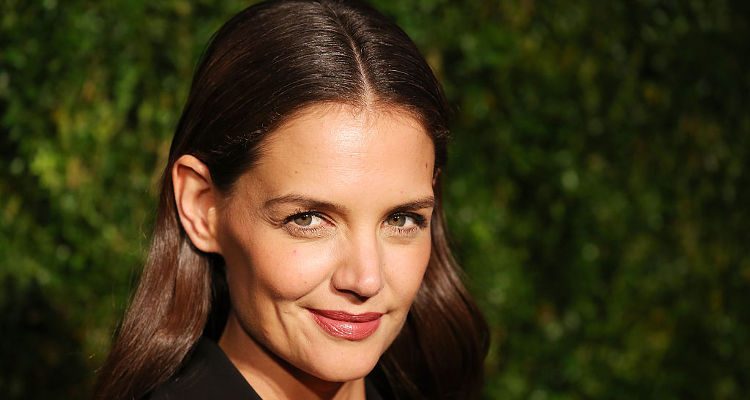 The mother of Suri Cruise took some cooking lessons with Sam Stephens from Oatmeals in New York City.

The actress learned of some new ways to eat and enjoy oatmeal, which is a great food staple that should be part of everyone’s healthy eating routine.

Katie Holmes is Quaker’s new spokeswoman—as you can see she really loves oatmeal.

You can’t deny that Holmes continues to look stunning through the years—who knows, maybe the secret to looking young is oatmeal. It seems like she continues to look like her younger self from Dawson’s Creek, and that the hands of time have merely stopped when it comes to her aging.

Holmes sticks to a healthy diet and fitness routine in order to keep herself looking young and fit.

Holmes has always been a beautiful, classy woman, and even though going through a divorce can be difficult, she managed to come out on top. Holmes focused her post-divorce energy into treating her body right by becoming healthier and fitter—what a great role model Suri has.

Her main secrets aren’t really secrets at all; Holmes stuck with a balanced diet and workouts that include Pilates and yoga.

For her eating style, Holmes loves heavily-nutritious foods. She relies on complex carbohydrates, lean proteins, and higher fiber fruits and vegetables in order to achieve her slim figure. She most recently embarked on the Paleo diet, which is similar to how cavemen used to eat.

When Holmes had her daughter Suri, she not only breastfed, but she also followed a 30-day detox to cleanse her body—this helped her to drop her baby weight. During that time, she consumed plenty of supplements to ensure that her body was receiving the nutrients it needed.

As for her workouts, Holmes exercises regularly by practicing hot yoga along with Pilates, cycling, and running. She exercises about four times a week as a means to not only become toned, but to ease her mind.

To compliment her holistic approach to life, Holmes also treats herself to massages and spa days for total relaxation, and as a means to boost circulation. She undergoes treatments at the spa to rejuvenate her skin and remove dead skin cells.

Katie Holmes secrets to looking young aren’t that secretive—they’re actually pretty simple. It’s all about destressing, taking time out for yourself, feeding your body well, and doing the things you love; the rest will follow.