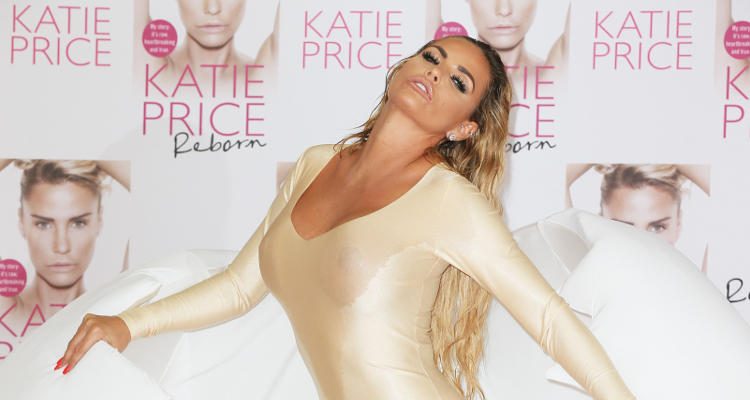 Seven years is a long time, arguably too long to rekindle a relationship with an ex. Katie Price and Peter Andre split seven years ago, and Price still has an obsession with Andre, she shared in Reveal Magazine. Not only that, but her current marriage with Kieran Hayler is on the rocks after Price discovered Hayler’s infidelity.

She wrote about Hayler’s affairs in her new book, which she feels is her chance for revenge. Surrounded by the obsession and infidelity, she started down a path of unhealthy eating. However, unhealthy eating habits didn’t cause her to bulk up during her pregnancy.

The mother-of-five shocked her fans when she showcased a picture just two weeks after giving birth to her daughter.

She surprised her fans even more by saying that she indulged on biscuits and curries just two weeks post-birth. She admits that she can’t go without eating biscuits at night, and she still likes to have curry every Friday. She has a chicken korma, rice, and naan on Friday nights, and then enjoys a proper Sunday feast.

She is unsure how her body shrunk back post-delivery. She does try to eat healthy during the day, but can’t help eating biscuits at night.

Price admits to being under a lot of stress, which may have caused her to not gain weight during pregnancy. While she was expecting, she discovered that her husband Kieran Hayler had cheated on her with two of her friends.

Price wrote in a Now magazine column,
“I know people may be surprised but don’t forget, I was under a lot of stress during the pregnancy and didn’t pile on the weight like I did with Jett. I’ve also been pregnant for nearly two years, so I think my body was ready to start getting back to my natural size.”

Katie followed a balanced diet while she was pregnant. She relied on an iron-rich diet of orange juice, cereals, broccoli, and baked beans.

Early Morning: Two bowls of Shreddies and two iron sachets with a glass of orange juice.

Beverages: One bottle of water. A cup of tea. Price loves Bootea which is a special weight loss tea.

Lunch: Her lunch comprises of jacket potatoes with cheese and red onion.

Snacks: Home-made lamb pie with boiled potatoes, broccoli, and some corn. A cup of tea and a biscuit.

While people tend to eat more and bulk up during stressful times, Price is lucky enough to do the opposite.