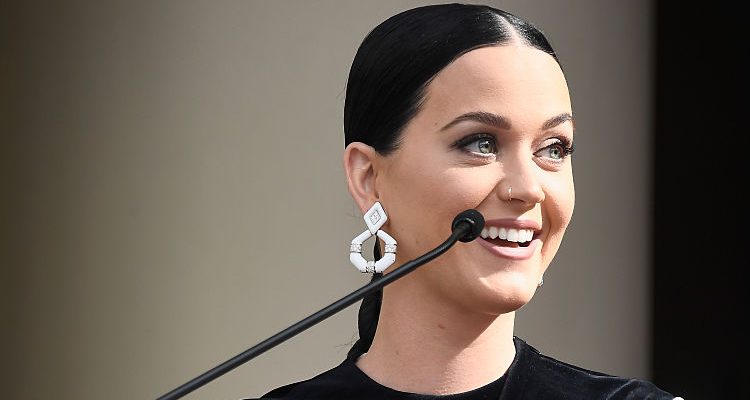 Katy Perry and Orlando Bloom were rumored to have split up. Instead it looks like the couple has a super healthy relationship. Bloom, 39, enjoyed a Thanksgiving meal with girlfriend Perry and her family. Apparently, 32-year-old Perry recorded a video of her family cooking Thanksgiving food with Bloom dressed in a plaid onesie holding a baby and his phone. Everyone was dressed in coordinating onesies. Needless to say, it looks like Bloom is part of the family.

It was rumored that Bloom and Perry had ended their 10-month relationship. According to an InTouch Weekly source, after Halloween, Bloom told his friends that he had ended the relationship because he wasn’t ready to get married and have children. However, the rumor appears to be false after Instagram posts surfaced of Bloom, showing that he is clearly a part of the Perry family.

Since they began the relationship in early January, the couple has been traveling around the world, and has even been seen wearing coordinated Halloween costumes.

It also appears that Orlando Bloom and Katy Perry are the perfect match. Both the actor and the singer share a love of healthy eating and a balanced lifestyle. The following is an outline inside the diets and healthy lifestyles of both Katy Perry and Orlando Bloom.

Actor Orlando Bloom is best known for his roles in The Lord of the Rings trilogy and the Pirates of the Caribbean series.

When it is not Thanksgiving, Bloom’s diet plan reportedly contains five small meals in his day. This is called the Five-Factor Diet, created by celebrity trainer Harley Pasternak. It is named for its five vital ingredients: low glycemic index foods, fiber, protein, healthy fats, and sugar-free drinks. The diet also lets him indulge in a not-so-healthy food item once a week.

There are several important facets of Bloom’s diet. It is considered a protein-rich diet and also has parts of a sugar-free diet and a low-calorie vegan diet. That doesn’t necessarily mean that he is vegan, but he eats a large assortment of vegetables and fruits most of the time.

Orlando Bloom’s lean and muscular body is due to his regular workout routine. Some of his favorite exercises include stair climbing, running on the treadmill, Pilates, and yoga.

Katy Perry’s major studio albums include One of the Boys, Teenage Dream, and Prism. Aside from a successful singing career, Katy Perry has appeared in films such as The Surfs, The Smurfs 2, and Zoolander 2.

Perry knows how to stay healthy, even with a busy schedule. Like Bloom, Perry is also a fan of the Five-Factor Diet. A balanced meal for the singer may include a piece of grilled chicken, a light soup, quinoa, and grilled asparagus. She also loves her fresh-pressed juices, coconut water, and healthy snacks like hummus, veggies, and tangerines. Eating healthy is very important for Perry, who can’t afford to get sick on the road. That being said, some cheat foods for Perry include chocolate, Mexican food, and hamburgers.

Perry often wakes up early and begins her day with a workout and meditation. She doesn’t hit the gym, and prefers being outdoors with hiking or riding her bike. Perry also loves jumping rope, and short high-intensity workouts with lunges and hip thrusts.