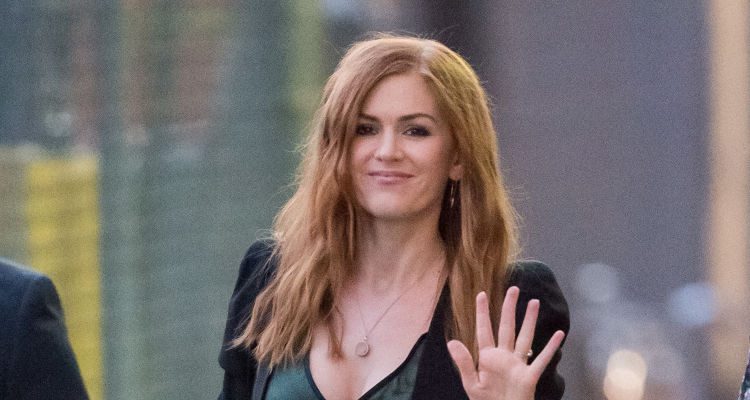 Keeping Up with the Joneses star Isla Fisher is one of the most gorgeous actresses in Hollywood.

The 40-year-old Fisher has a flawless beauty plan that includes exercises and a secret diet that always starts with a healthy breakfast.

Or so she says. Fisher posted a photo to Instagram with a caption that says she always starts her day with a massaged kale smoothie, a delicious glass of alkaline water, and a free-range, organic, grass-fed and locally sourced single egg white. However, the picture was a Diet Coke with French fries.

Isla Fisher is clearly known for her sense of humor. She stars in the action-comedy film Keeping Up with the Joneses, which will be released Oct. 21, 2016.

It also stars Zach Galifianakis, Jon Hamm, and Gal Gadot. The movie is about a suburban couple that becomes tangled in an international espionage plot when it is discovered that their seemingly perfect new neighbors are actually government spies.

Fisher posted the movie poster for her new film on Instagram as well:

Fisher is a versatile actress that is known for various genres such as the dramatic thriller Nocturnal Animals, which is set for a Nov. 25 release date.

Today, Isla Fisher has a busy lifestyle while traveling between Los Angeles, London, and France for both pleasure and work. Recently, the Australian actress looked completely gorgeous without make-up and in exercise tights and a t-shirt.

The bombshell mom of three does actually have good eating habits despite her occasional French fries and diet Coke breakfast. Isla Fisher believes in proper nutrition, and she watches her weight with a particular diet program.

While pregnant, Fisher dealt with morning sickness with white pasta, sandwiches and some vegetables. That being said, Fisher mostly consumes a vegan diet and a lot of plant-based meals.

A vegan diet will reduce the risk of several diseases like type 2 diabetes, cancer, and cardiovascular disease. A vegan diet contains a variety of vegetables, fruits, lentils, beans, and gluten-free grains like brown rice and quinoa.

Vegan diets will also include seeds, nuts, and seed- and nut-based butters and flours. The diet will not include meat, poultry, and animal byproducts like eggs and dairy.

Although a vegan diet also excludes fish, Fisher will sometimes consume salmon and mackerel, which are both rich in omega-3 fatty acids. Omega-3 is great for skin, the brain, and heart. Fish is particularly high in the omega-3 fatty acid called DHA (docosahexaenoic acid). The only plant-based sources of DHA include algae-derived sources like chlorella, spirulina, and E3 Live.

Besides outdoor activities, Fisher also practices yoga and really sticks to a regular and long-term routine. She dedicates 30 to 45 minutes to yoga for four to five days a week. It helps her with deep breathing and stress reduction.

She also loves the Tracy Anderson workout method that is a revolutionary at-home fitness program designed to transform a person’s body and targets certain zones like the thighs, butt, and lower abs.