Home > VSFS 2016 > Kendall Jenner, Gigi Hadid, Other VS Angels Rush to Carbs after Near Starving Diet for Months Post VS Fashion Show 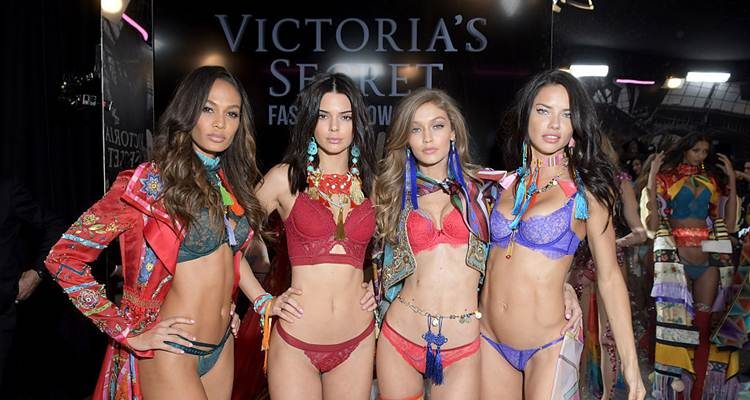 The fashion show took place Wednesday, Nov. 30, but airs on television Monday, Dec. 5. However, as soon as the show was over, it was time for Gigi Hadid, Kendall Jenner, and other Victoria’s Secret supermodels to indulge on delicious carbs.

Best friends Kendall Jenner and Gigi Hadid, both 21, each returned to the Victoria’s Secret Fashion Show with Angels wings.

Both supermodels led their fellow supermodels to the Ferdi Paris, where they are chowed down on all the carbs they wanted, including macaroni and cheese, burgers, and margaritas.

According to Jenner’s half-sister Kim Kardashian and Kim’s husband Kanye West, Ferdi Paris has the best cheeseburger in Paris. Jenner also devoured a juicy cheeseburger after the show. Gigi Hadid enjoyed a salt-rimmed cocktail with her dinner.

Ferdi Paris opened in 2004, and contains a delicious menu of ratatouille with pine nuts, an egg-topped cheeseburger, a gooey macaroni and cheese, ceviche, and margaritas and mojitos. That menu sounds tasty, but it certainly isn’t healthy.

Kendall Jenner has been preparing for the Victoria’s Secret Fashion Show with a very intense workout routine. Jenner enjoys running, one of her favorite exercises: and abs workouts like planking. Jenner has also been working with her trainer four times per week for the last few months to get into top shape while keeping her diet as clean as possible.

Jenner will often begin her day with a cup of detox tea. The drink will help Jenner remove waste from her body. The supermodel says she drinks around 12 cups of detox tea every day. She also has a clean diet with lots of fruit, vegetables, and lean proteins with a low-carb Paleo style diet. Her favorite lean proteins include ground beef, round steak, and top sirloin. Apples and strawberries are her favorite fruits.

That being said, Jenner also has a history of cheat days with foods like ice cream, pizza, and egg toasties part of her daily diet, according to the photo-sharing app, WineNDine. Jenner has shared photo of spaghetti Bolognese, flatbread margarita pizza, mango ice cream, a block of honey, a meat and cheese plate, and homemade egg and cheese toasties. Jenner also says she cannot function without getting seven or eight hours of sleep every day.

Over the last two years, Gigi Hadid has been working hard to stay in shape for the Victoria’s Secret Fashion Show. For instance, Hadid’s diet includes fresh-pressed juices, homemade meals, and avoids sugar. However, Hadid’s cheat meals include burgers and fries.

Supermodels like Gig Hadid and Kendall Jenner may have their cheat meals; however, they know that maintaining their model figures takes a lot of hard work. That is why most of the time they consume healthy diets and exercise on a regular basis.

London, B., “Egg and cheese toasties, ice cream and pizza: What supermodel Kendall Jenner REALLY eats (if her WineNDine account is anything to go by,” Mail Online website, June 29, 2016; http://www.dailymail.co.uk/femail/article-3143124/Egg-cheese-toasties-ice-cream-pizza-supermodel-Kendall-Jenner-REALLY-eats-WineNDine-account-by.html.