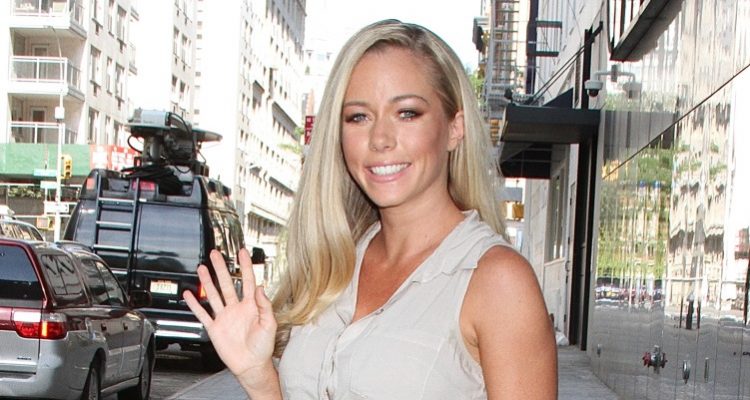 Kendra Wilkinson’s Food Network’s new food show is kind of hush-hush, as many details haven’t been given away, but from the sounds of it, she’s having a blast doing it and getting to eat some ridiculously good food along the way. The reality TV star and former Playboy bunny has been spending time in Michigan filming the program for the Food Network.

One fan tweeted Kendra that she saw her about town, and the blonde beauty tweeted back that she was filming a show for the Food Network eating and drinking at some great places. Another fan told her it was a dream job, and Wilkinson agreed and said she enjoyed every minute of it.

Not Her First Stint in the Cooking World

This isn’t the first time Wilkinson has been on television on food-related programming. Last year, Wilkinson and her family (husband Hank Baskett and their two children, Hank Jr. and Alijah) took part in the celebrity edition of Worst Cooks in America.

Though she lost out to another reality television star, Jwoww of Jersey Shore fame, Kendra said that she loved trying different cuisines, and it gave her a chance to not only work with and learn from celebrity chef Rachael Ray, but to discover new cuisines from other cultures. The Worst Cooks in America runner up said that she never had the time to cook, but is interested in cultural differences, citing that Southern California is different from Arkansas or Michigan or Minnesota.

She admits to never having really given cooking a fair shot before her run on Worst Cooks in America because she was always more of an outdoor person; she’d rather be running around outside playing sports than cooped up indoors. Even though she didn’t win, she still received $5,000 to give to a charity of her choice, and she treasures the experience she had learning from Rachael Ray.