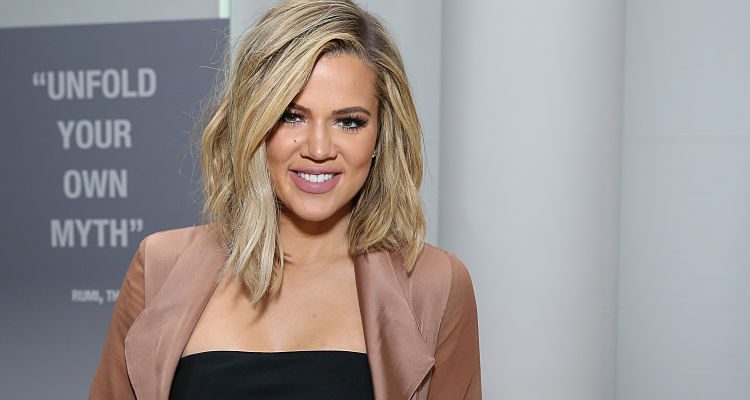 American entrepreneur and reality star Khloe Kardashian posted a picture of her at what appeared to be a Christmas party along with her girlfriends. Dressed in a mini black dress with gold sequins, the outfit allowed the star to flaunt her long, toned legs. Her long blonde hair was brushed to one side and almost reached her hips, adding grace to her slender figure.

Khloe Kardashian posed in the picture with her gal pals Dominique La Fargue and Khadijah Haqq who also appeared in Christmas spirit. She captioned her Instagram post “Already missing my moms Christmas Eve party.” Khloe’s post received more than 535,000 likes and 856 comments from her fans who loved her sparkling Christmas attire.

Khloe Kardashian, sister of popular television star Kim Kardashian sure knows how to turn heads around! The bombshell beauty has always been popular for her long blonde locks and tall, slender frame. She also knows how to party like a pro and dress like a true fashionista.

In July, Khloe reached her slimmest ever figure when she was spotted in San Diego. The star has managed to shed off a whopping forty pounds and now carries her slim figure with much charm and charisma.

Khloe also revealed that her drastic weight loss was a result of regular exercise and following a strict diet.

The reality television star also revealed the name of the person behind her fit body, Don Brooks. She also shelled details about her workout, “Yeah, it’s a revenge body. But it’s just as much for all my critics who called me ‘the fat one’ for my entire existence.”

Khloe recommends following the above routine is to be followed two to three times a week on non-consecutive days. She ensures a good ten to thirty minutes of rest between each set of exercise which avoids over exhaustion.

Her strength and conditioning specialist Gunnar Peterson from Beverly Hills also reveals details about Khloe’s workout, “Khloe’s mindset has been right since day one. She is a clean slate with every workout. She is present- the same way an athlete focuses on the play at hand, not what happened before.

We keep her mind challenged and her body guessing, and the focus is on building strength. There’s just enough interval work to keep her heart rate as high as her royalty checks.”

For her diet, Khloe starts her day with water and black coffee (before gym) and then moves to oatmeal and a protein shake for breakfast. She loves snacking on hummus, apple with peanut butter, seasonal fruits and nuts. She consumes chicken with salad for lunch and steamed veggies with fish for a light dinner.